The Refugee Crisis is My Problem

[The following blog post was written by Mark Lamb, World Relief’s Church Partnership Director. Mark recently returned from a trip to the Middle East with Eugene Cho and One Day’s Wages.] 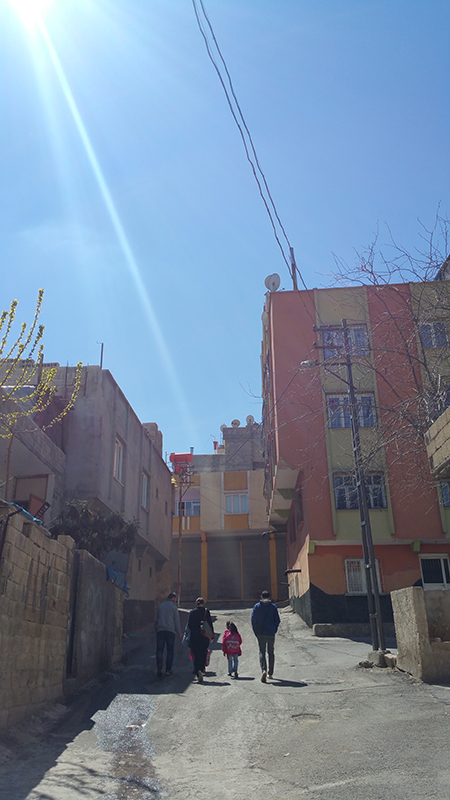 Just a few weeks ago, Eugene and I along with a translator, walked a little girl home from one of the schools that One Day’s Wages has been sharing about this week. It was a beautiful, sunny, 75-degree day and this little girl with her pink backpack and her hair in a ponytail reminded me of my two daughters. As we walked, she got turned around and so we wandered through the streets enjoying the day together.

Eventually we got back on course and found our way to her home where we were warmly invited in by her mother and grandmother. It was a small two-room cinderblock apartment which looked like a construction project that hadn’t quite been finished. The ceilings were low and a small 1980s TV was playing in the corner. We sat on the floor around the edges of the room on thin cushions and talked about our hopes for our kids. (There was a future Syrian doctor in the room, we were told.) Even with the stop-start cadence of communicating through translation, it was easy to forget we were talking with refugees. They were people. Parents with hopes for their kids and kids who love to play with their friends at school.

This encounter, along with many others I had over two weeks, has forced me to confront my own apathy. Is this crisis my problem? Is this your problem?

At every turn, it seems like people around the globe are saying, “Not my problem.” Countries around Syria are erecting fences and even shooting refugees who try to cross. The EU is paying Turkey to keep refugees from migrating to Europe. At its highest number, 31 U.S. governors said they would not take Syrian refugees in their states. The Governor of Texas sued a refugee resettlement agency and the Governor of Georgia temporarily refused State services to Syrian refugee families.

At World Relief, we’re a group of Christians striving to follow the example of Jesus, who left the comforts of heaven for the messiness of this world. He entered into our reality, ultimately offering up his life for us. We fail at following his example a lot. You may too. But, we think it’s worth it to step into this situation and say, “This is my problem.”

We’re partnering with One Day’s Wages because both organizations are passionate about saying, “This is my problem.” We invite you to join us. You can give to our joint campaign, but we hope you won’t stop with that. More than giving, we hope you’ll find refugees where you live. We hope you’ll enter into their lives through relationship and advocate on their behalf. I think you’ll find little girls with pink backpacks, future doctors, and moms with high hopes for their kids.

[World Relief provides various opportunities to serve refugees locally across the US through Good Neighbor Teams. Check with your local World Relief office]

The Refugee Crisis is My Problem