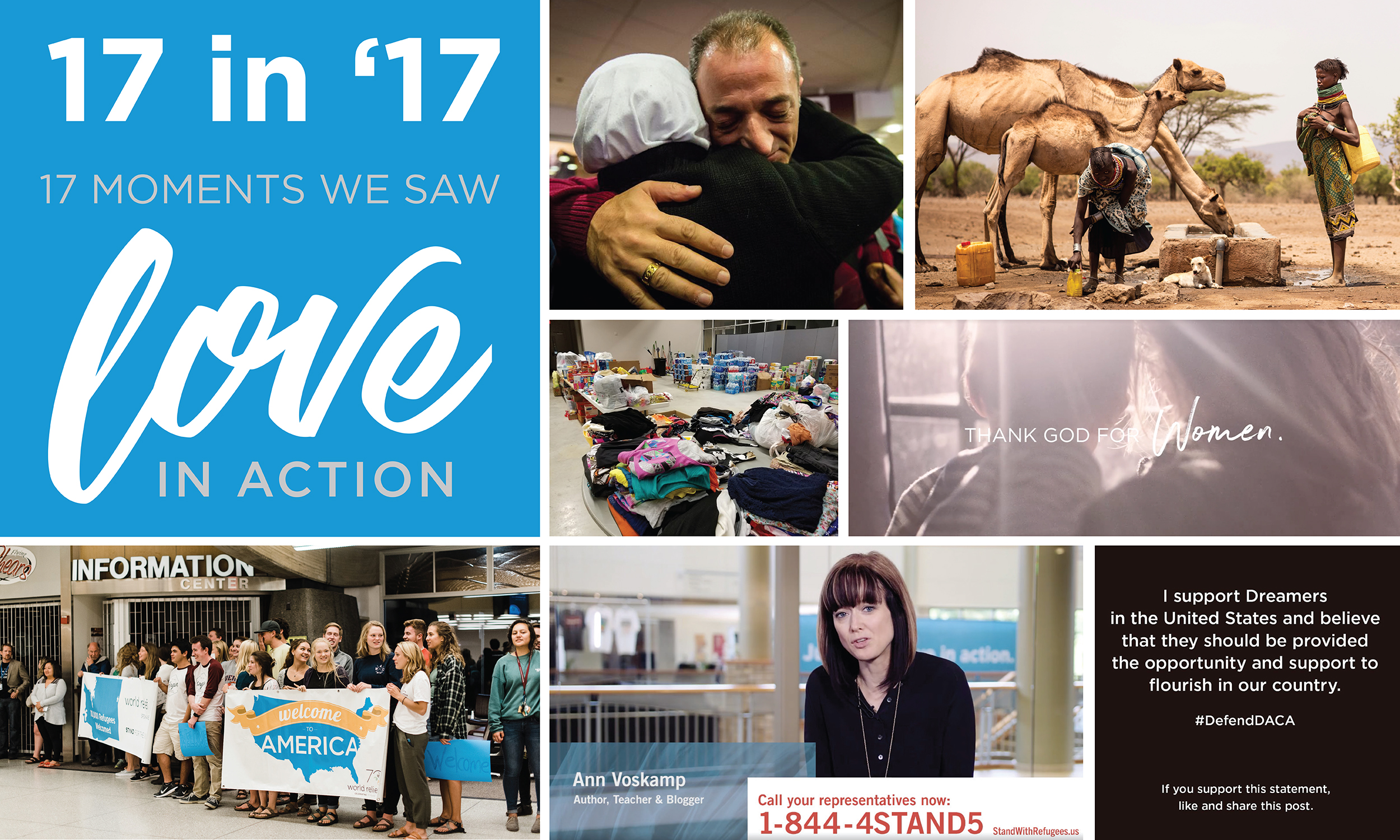 As we reflect on 2017, it’s impossible to deny that the past year brought a lot of pain, destruction, tension and misunderstanding to people in all corners of the world.

While it’s important to acknowledge the hardships faced in the last year, we find it even more crucial to focus on stories of hope, kindness, mercy and selflessness.

To celebrate the good we saw in each other, and in you, the World Relief community, here are 17 moments in 2017 we witnessed Love in Action.

Nine year-old boy pays for Irma evacuee’s lunch
Landon Routzong of Alabama, with the help of his mother, paid for the lunch of a man who had evacuated his Miami home and was traveling to stay with family. “I didn’t want them to waste their money on food because they’re trying to escape the hurricane,” Landon said.

Walmart Cashier Helps Nervous Elderly Man Count Change
Spring Herbison Bowlin observed a Walmart cashier patiently help an elderly customer as he nervously struggled to count change to pay for his items. “This is not a problem, honey. We will do this together,” she told the man. The post was shared over 40,000 times on Facebook.

Over 500 evangelical leaders join World Relief in support of resettling refugees in the U.S.
A full-page ad published in the Washington Post signed by 500 evangelical pastors and 100 evangelical leaders expressed concern over the president’s executive order temporarily banning refugees. A wide range of leaders across many denominations, regions of the country and theological philosophies signed the letter in a strong support refugees, some of the most vulnerable people of our world.

Over 200,000 donors give $37 million for Hurricane Harvey relief
On August 26th, J.J. Watt of the Houston Texans announced a goal of raising $200,000 for his Houston Flood Relief Fund. As word spread, the donations soared past his original goal and reached an astonishing $37,132,057 from 209,431 donors. “When times are the toughest, humanity stands at its strongest and you have all helped to prove that emphatically,” Watt said.

Washington Post publishes open letter of repentance written by World Relief President Scott Arbeiter
In response to the act of hatred and terrorism which took place in Charlottesville, Virginia on August 12, 2017, World Relief President Scott Arbeiter penned a reflective open letter, grieving the affront of racism and committing to advocacy for just laws and rejection of unjust systems that perpetuate poverty, exclusion and bigotry.

Terminally ill woman writes dating ad for her husband in New York Times
Amy Krouse Rosenthal only had weeks to live, but she wanted the world to know how amazing her husband was in hopes that he could find love again. On Valentine’s Day, she wrote “You May Want to Marry My Husband.” Amy passed away five days after the piece was published.

Tens of thousands of you stand publicly with Dreamers
In response to the president’s decision to rescind the DACA program, over 20,000 of you shared our Facebook post in support of the Dreamers who would be affected. We thank you for standing with our immigrant brothers and sisters!

Supermarket employee has ‘dinner date’ with elderly man who has no friends or family
Ellie Walker, 22, invited widower Edwin Holmes, 86, to dinner after she heard he spends most days alone. “He said it was his first ‘date’ in 55 years and he was as nervous as a schoolboy. It made me cry because I could see how much it meant to him. For me it’s the most important part of my job to speak with customers and see how their day is going,” Walker said. Holmes showed up in his best suit and the two meet for coffee regularly.

Thousands of you advocate for refugees by calling your representatives
In response to the administration’s decision to limit admission of refugees into the U.S., you—thousands of World Relief supporters and others around the country—made your voices heard to stand with the most vulnerable and marginalized. Bestselling author Ann Voskamp and others joined the effort.

Foster father chooses to only take in terminally ill children
Mohamed Bzeek cares for his six year-old foster daughter knowing her time with him will be short. “The key is, you have to love them like your own,” Bzeek said. “I know they are sick. I know they are going to die. I do my best as a human being and leave the rest to God.”

NBA owner allows player to borrow team plane to fly relief supplies to Puerto Rico
Dallas Mavericks owner, Mark Cuban, allowed Mavericks guard and Puerto Rico native J.J. Barea access to the team plane in order to fly supplies to those in need in the wake of Hurricane Maria. “I was really proud of J.J. and how quickly he got involved and how hard he worked to make all of this happen,” Cuban said.

Strangers on subway throw ceremony for student who misses graduation
When Jerich Marco Alcantara’s train broke down and caused him to miss his graduation ceremony, passengers on the New York subway decided to celebrate him by throwing a mock ceremony in his honor.

Your donations aid those affected by the African food crisis
In response to the devastating food shortages across multiple countries in Africa, inviduals and churches from all across the U.S. have sprung into action, donating to provide food and water for those in desperate need of it. Your support also allows us to continue developing long term solutions to combat the factors that have led to the crisis. Thank you!

Heroic man protects others during Las Vegas shooting, survives bullet to the neck
Jonathan Smith risked his life to save others as bullets flew through the air during the October shooting in Las Vegas. A bullet caught him in the neck and doctors have decided to leave the bullet in his body fearing that removal may lead to more damage. Some estimate that Smith saved up to 30 people during the shooting.

Four year-old girl donates piggy bank money to police officer with cancer
A Colorado police officer battling Leukemia received a surprise donation from an unlikely source. Sidney Fahrenbruch, a local 4 year old girl who frequently visits police officers, decided it was “the nice thing to do” to give the money in her piggy bank to Officer Kyle Zulauf to help pay for surgery. Sidney’s proud mother, Megan Fahrenbruch, said “She wanted to save the money for a toy but decided someone needed it more than her.”

22 year old rapper and 81 year old woman form unlikely friendship
Spencer Sleyon of East Harlem, New York and Rosalind Guttman of Palm Beach, Florida struck up an unlikely friendship after chatting with each other through the Words With Friends app. Sleyon said “A lot of people I saw online said, ‘I needed a story like this, especially with the race relations in this country right now.’” 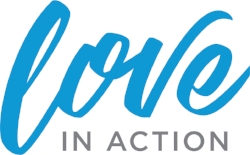 For the past month, we’ve been featuring stories of individuals and communities putting Love in Action—bringing hope to the hurting and shining light in the darkest hours.