by Michele Breene, partner and friend of World Relief 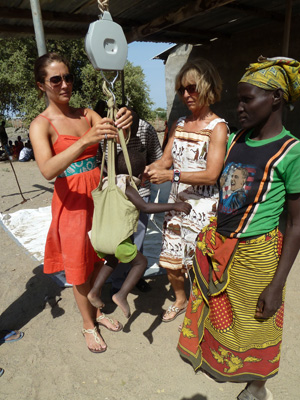 In January, my daughter and I traveled to Turkana, Kenya, a remote, semi-desert area in the northern part of the country. The capital, Lodwar, is a two-hour flight from Nairobi. Lokitaung, where we stayed, was another four-hour drive north.

We went to Turkana in order to work with World Relief staff and volunteers from Nairobi’s Parklands Baptist Church on three projects: bore-hole drilling for clean water, emergency food distribution, and nutrition outreach.

The five days we spent in Turkana were some of the most memorable of our lives.

Road conditions were among the harshest I have experienced anywhere: driving over dusty, sand and rocks, often on dried up riverbeds, or weaving around trees and potholes. Every few miles between Lodwar and Lokitaung, we would see women digging holes in the ground large enough to sit in. One woman would take charge burrowing down with whatever object she had at hand – sometimes 10-15 feet – until she found water. She would then use a cup to slowly fill a bowl and pass it up for other women to pour it into their containers to carry back to their homes.

On our first day in Lokitaung, we visited four sites where World Relief plans to drill boreholes, knowing that clean water is a need that must be met in order for physical, social and economic recovery to go forward. We were able to see a successful drilling and rejoice over the number of families who would benefit, nutritionally and economically, from the new well!

While more boreholes and future irrigation of the land will make agricultural development possible, many families remain dependent on food aid. Our team helped distribute food in three locations during our visit. At each location, we were greeted by women, gathered under the shade of Acacia trees, who would jump up, dancing and singing, praising God for our arrival; it was humbling to see their joy in such harsh conditions. After the thanksgiving songs and speeches, the families formed orderly lines to receive their portions of corn, beans, oil and nutri-mix porridge. 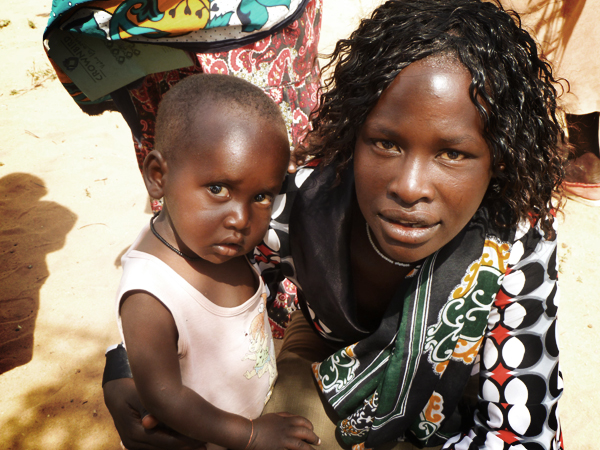 The third project we assisted with was the nutrition outreach, aimed at monitoring and feeding the most vulnerable children. Emotionally, this was probably the most difficult day. We were responsible for measuring the circumference of the children’s arms to determine whether they are at-risk, malnourished or severely malnourished (below 9.5cm). A card was filled out for each child so that their results could be recorded every two weeks. We also weighed and measured each child and distributed a nutri-mix to mothers of the malnourished infants.

Most distressing was one family with a boy and a girl, both severely malnourished. The boy looked especially unwell; the staff thought he was probably suffering from tuberculosis. When a young child is very sick, the people of Turkana cut his or her tummy to release blood so that the infection comes out of the body. This boy had around 20-30 small cuts on his distended tummy. We learned that both these children would need to be taken to hospital 5 hours away.

Visiting Turkana was a challenging, life-transforming experience for me and my daughter. I have a feeling that we will return someday. 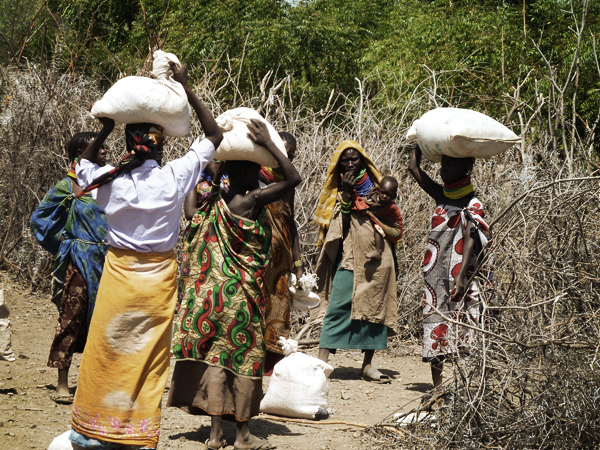