Agricultural Development – A Story from Haiti 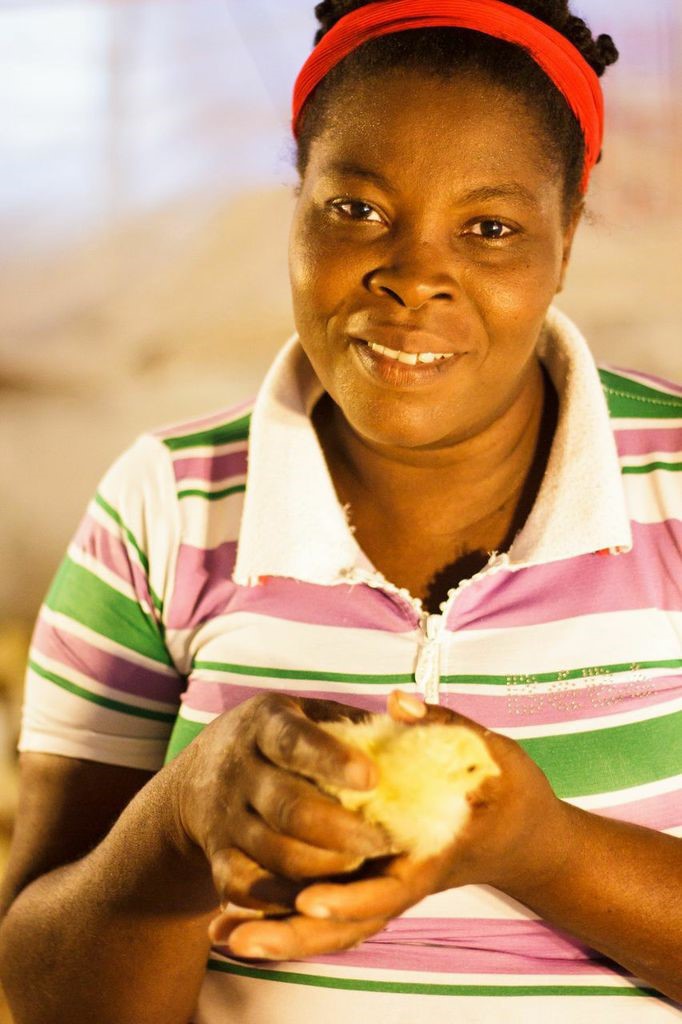 In 2011, a year after Haiti’s most devastating earthquake, Monique Lewis bought 500 baby chicks and launched her own chicken farm. Since then, this mother of three has transformed her small start-up into a booming poultry operation where she raises, processes and sells thousands of chickens each year. But just one year after she bought her first chicks, Monique’s husband became paralyzed. Her family and farm descended into financial distress. Then came a glimmer of hope – Monique was able to borrow a much-needed loan from World Relief. She said, “…It was a breath of fresh air. I believed that a loan could not only help me to scale up my new poultry business, but it would also help me to take care of my family.”

And sure enough, Monique’s loan turned both of those hopes into reality.

World Relief’s economic development programs, including those that focus on agriculture, create access to financial services that are often out of the reach of the most vulnerable. World Relief equips Haitian farmers with agricultural training and improves access to loans, seeds, tools and markets where they can sell their crops. Many Haitians depend on farming for their food and livelihoods, so World Relief empowers farmers to turn existing skills into profitable businesses, increased income and lasting economic sustainability.

“With my profits, I have been able to pay school fees for my older children who are in college. In 2012, I was able to buy a second hand car for my enterprise in order to speed up the marketing and the delivery of birds in the neighborhood area of Port-au-Prince,” said Monique.

In addition to her new car, Monique has expanded her business by processing chickens for a large market in Port au Prince. She also energizes the local market by buying from her peers. “I am flexible to help to other farmers to scale up to build up and we network to collectively enhance our positions in the poultry value chain,” Monique said.

Monique recently took out her eleventh loan – and there’s no stopping her innovation and drive to expand her business. She’s already projected goals for the next 12 months to increase the quality of her chicken. This year, World Relief has worked with more than 300 other farmers in Haiti, empowering them to rise above financial insecurity and strengthen their families and communities for life.

Join us today as we empower the most vulnerable to lead their own communities towards change.