Millions are going hungry in Africa. Help save lives.

Africa is currently facing the worst food crisis since 1945. Millions could die in the coming months.

The collision of climate change, population growth and regional conflict has created massive food shortages across multiple countries in Africa. While the cause varies from country to country, the needs are largely the same—immediate provision of food and water, as well as long-term solutions that address the root causes.

World Relief and our partners are already on the ground in Burundi, Kenya, Malawi, Somaliland, South Sudan and Sudan, serving people in many of the hardest hit regions.

This self-declared independent state within Somalia is experiencing severe drought, which has depleted livestock and forced many Somali to flee their homes. World Relief is distributing emergency food relief and providing access to lifesaving water, sanitation and hygiene.

Due to a collision of drought and population growth, nearly 4 million Kenyans are now food insecure. World Relief is providing food assistance to vulnerable households in Turkana North, conducting nutrition outreach and health screening for children under five.

Water deficit, pests and plant diseases have sharply increased food shortages throughout Burundi. In partnership with UNICEF, World Relief is conducting malnutrition screening for children and working with farmers to bolster agriculture production and resilience against future crises.

Violence in the Darfur region continues to force many Sudanese to abandon their homes, disrupting their ability to produce or buy food. World Relief is providing screening and treatment of individuals suffering moderate and severe malnutrition, working to improve the nutritional status of children under five.

How You Can Help

When you give today, you help provide the following resources to those being affected by the food crisis: 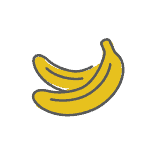 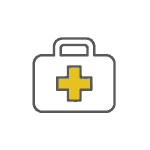 to provide health care and nourishment to severely malnourished children 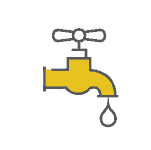 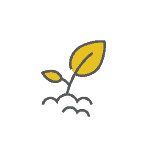 such as restocking livestock lost to drought, training and technical assistance—helping farmers to be more resilient and recover from the loss of their livelihoods

Your generosity makes a transformative and lifelong impact. When you give, you’ll join our family of passionate changemakers committed to changing our world.

The causes of a food crisis are numerous and often compounding. They can result from internal and external conflict (e.g. South Sudan and Sudan), poverty and under-development (e.g. Kenya), environmental decline and disasters (e.g. Malawi), and failed or fractured governance (e.g. Somaliland). In many cases, a combination of these factors lead to declining food security, and result in what is called a food crisis.

For example, in South Sudan, conflict has led to the displacement of 1.85 million people over the past 4 years. This is not only dangerous because it forces the displaced to forage in swamps and bush areas, but it destroys local markets and income-generation. This produces more tension between populations, which threatens to spark and exacerbate social conflict. Furthermore, those who flee conflict are unable to cultivate their own land and livestock for future sustenance. This not only undermines their ability to cope in the seasons to come, it severely disrupts the supply of food across the country in the long term.

How does this affect an individual household and its surrounding community? Expand

The combination of drought, conflict and economic crisis in many of these countries has significantly impacted vulnerable households’ ability to cope. Families often employ dangerous coping strategies, including purchasing food on credit (debt), sale of livestock or other valuable possessions, which are central to cultural identities like the Turkana in northern Kenya. Often families are forced to reduce food consumption, even skipping meals altogether, resulting in days without eating. Children, and especially girls, are often more negatively impacted as in many cultures it is custom for men and adults to eat first. It is clear from this that food security is being directly and negatively impacted whether by these hazards countries across East Africa and others are facing.

Who, specifically, is the crisis affecting? Expand

Climate change is having an uneven impact across the world, as countries with tropical or subtropical climates (such as those in Africa) are expected to encounter the effects of climate change most extremely. Further, least-developed countries are often the least able to prevent and prepare for the impact of shocks like climate change. These changes in climate, such as too much, too little, or inconsistent rainfall, erosion, and poor soil quality, can have negative impacts on health and contribute to further desertification, food insecurity, migration and increased conflict. People are facing significant challenges as they struggle for survival with little access to food, water, health and security.

Food insecurity affects those who are already the most vulnerable – the displaced, elderly, mother-headed households, young children, orphans–most heavily. However, it does not discriminate and reaches across ethnic and religious groups in the impacted areas.

This crisis seems hopeless, has there been any progress? Expand

Sometimes the crisis feels so big and beyond our reach that it is easy to give way to apathy. However, we shouldn’t lose hope. And the people who we serve certainly have not. Our Christian faith mandates us to respond to the suffering in the world. World Relief is implementing programs to address the food crisis. With additional support, we can scale these activities to reach more vulnerable households.

Where is World Relief working today and what is their unique approach to tackling the crisis in these areas? Expand

World Relief uses a unique approach called the Church (or Community where appropriate) Empowerment Zone (CEZ) model to partner with the local church and community groups to catalyze a movement of change, resulting in thriving families, flourishing communities, and strengthened churches or communities. Where World Relief is implementing 28 of its CEZs in 10 countries, this infrastructure and pre-established trust is leveraged to effectively identify and respond to the most pressing needs and serve the most vulnerable families. This approach enables communities to grow more resilient in the face of future crises.

How does my donation help? Expand

Every single dollar helps to provide lifesaving food assistance to the most vulnerable and affected individuals and families. (e.g. in Turkana, Kenya where World Relief is responding and where the effects of the drought and famine are devastating, it costs $12 to provide full food rations to one vulnerable individual for a full month).