Sameer Qadoora has been a refugee since birth. As a child, his family fled violent conflict in present-day Israel and became citizens of Iraq. It was in Baghdad that he eventually met his wife, Hanan. In 2006, Sameer and Hanan were forced to flee when militants pursued Sameer for unknown reasons. With two children already, Hanan was eight months pregnant.
The Qadoora family sought refuge in Jordan but were denied access by guards. The family hid in a mosque near the border until the Red Cross intervened and allowed Hanan, whose due date was fast approaching, to enter Jordan.  Hanan gave birth to a healthy baby boy but remained separated from her family for several months. Their only option was to be transferred to a refugee camp just inside the Iraq-Syria border. The family spent six years in this dangerous, ill-equipped cluster of tents located in the middle of a harsh desert. Their life in the camp was one marked by continuous waiting. 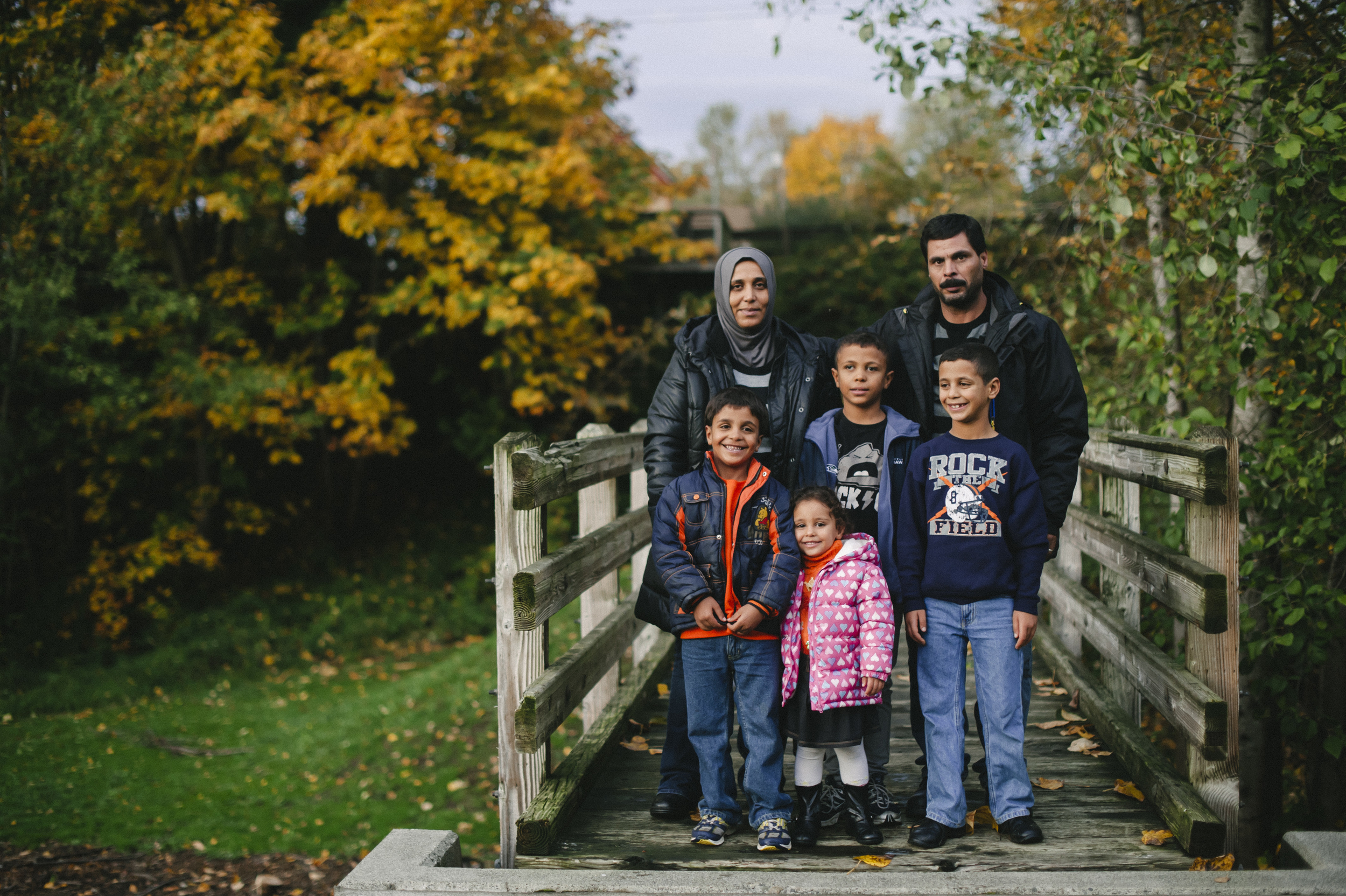 In August 2012, the waiting was over. The Qadooras packed up what little they had and boarded a UN charter bus that would take them to the airport and then the United States. World Relief had the privilege of resettling the Qadoora family in Kent, Washington; however, a local Church played a vital role in the process. Church volunteers welcome refugees the minute they arrive at the airport and provide volunteer services and resources necessary for refugees to establish self-sufficiency in their new home. They share the Gospel with vulnerable refugees through word and deed.

Now, the boys are in school. Hanan meets weekly with a volunteer, Anna, who helps her practice English. Sameer works part time at a local printing press and is currently working with the World Relief employment team to find a full-time job. When asked what they think of their new home, Hanan said, “When I came here, it changed my life. I’m so happy here, so happy to see your faces.”