Fact vs. Fiction —&nbsp;10 Things You Need to Know about the Presidential Determination on Refugee Admissions 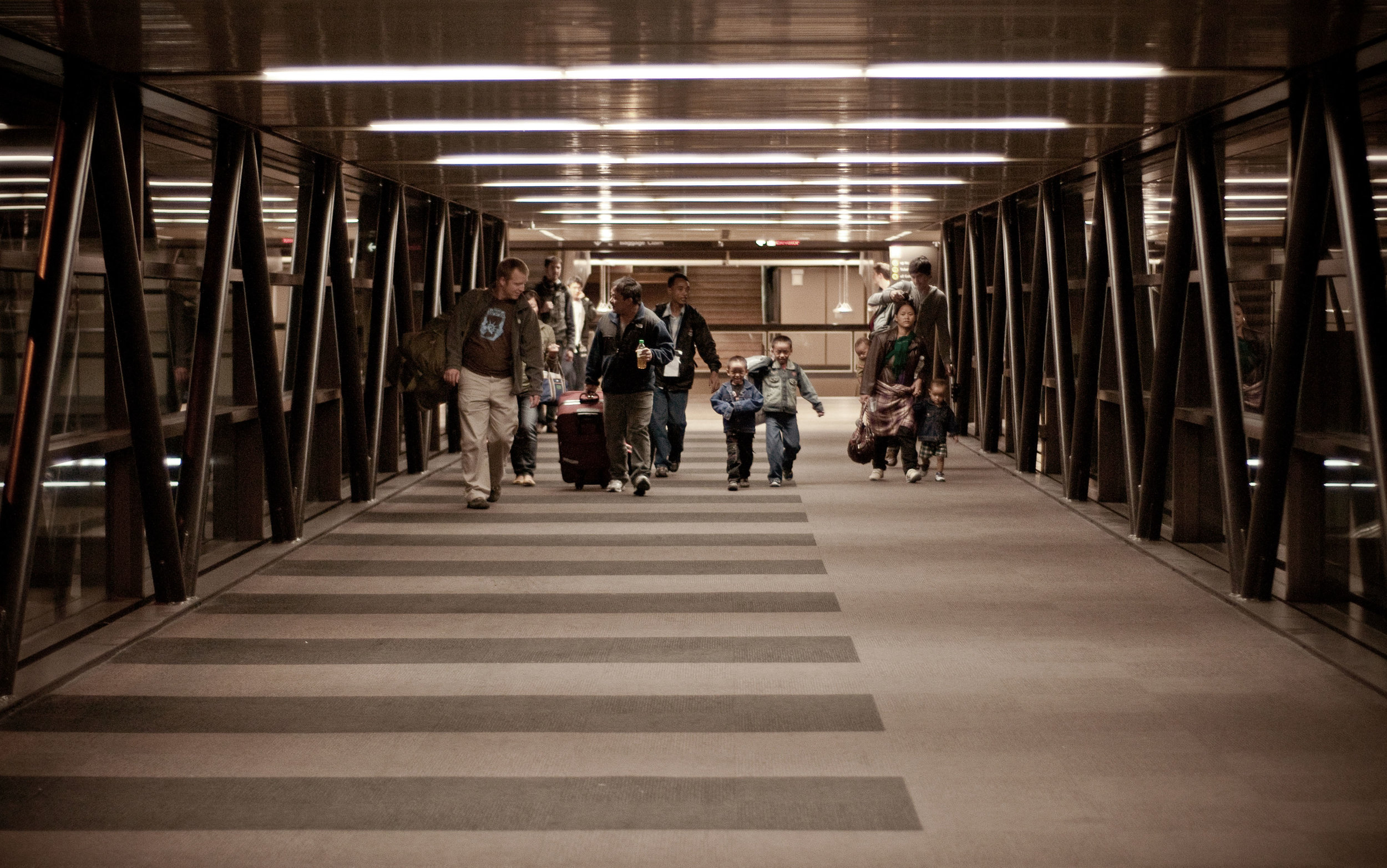 Reports from multiple news sources have confirmed that the Trump administration is poised to set 2018 refugee admissions levels at 45,000—the lowest in the nation’s history. Here’s what the administration has said in its report to Congress to justify these historically low numbers, at a historically high time of need, and the facts you should know:

FICTION #1:
There is no way to securely vet all refugees who come to the U.S.

FACT: The integrity of security procedures in the U.S. resettlement program is evidenced by the fact that, while over 3 million refugees have been admitted to the U.S. since 1980, not a single refugee has committed a lethal terrorist attack on U.S. soil.

FICTION #2:
Refugees are a security risk as demonstrated by the fact that the FBI is investigating 300 refugees for connections to terrorism.

Refugees are not terror threats; they are fleeing terror. Refugees are civilians who have fled their country due to fear of persecution or violence. By definition, refugees have not engaged in violence, persecution of others, or serious criminality. Persons believed to have engaged in war crimes, crimes against humanity or serious non-political crimes are disqualified from refugee status.

FICTION #3:
It is more cost-effective to help refugees in the region, in their first countries of asylum*.

FACT: Refugee resettlement in the U.S. is a solution with one-time, up-front costs that ultimately result in net fiscal gain to the U.S. as refugees become taxpayers. [2] Resettlement requires a short-term investment, but allows refugees to become full-fledged members of our society and economy, providing the refugee with a path to self-sufficiency and benefiting the American economy.

In 2016, over 72 percent of refugees resettled to the U.S. were women and children. [3] Many are single mothers, survivors of torture, or in need of urgent medical treatment. Women and girls are subject to heinous forms of persecution in wartime (such as gang rape) and suffer severe trauma that cannot be addressed in camps or difficult urban environments. Survivors of rape are often ostracized in their host countries, making them priorities for resettlement. For these women, resettlement is the only solution. No amount of aid in their host country could guarantee their safety and psychosocial recovery.

FICTION #4:
12 refugees can be helped in the region for every one refugee resettled to the U.S.

FACT:  The comparison of one-time costs associated with resettlement with the long-term costs of assisting refugees for many years on end is not a reasonable one.

Refugees spend an average of 10 years displaced outside their countries of origin. For those refugees displaced for more than five years, the average soars to an astonishing 21 years. Refugees in these protracted situations require assistance over many, many years.

In stark contrast to the 21 years that some refugees spend in host countries dependent on temporary assistance, over the same period, resettled refugees rebuild their lives and contribute $21,000 more to the American economy than they receive in benefits.

FICTION #5:
The aim of U.S. refugee policy is for refugees to return home.

FACT: Of the world’s 22.5 million refugees, less than 1% have access to resettlement. In 2018, 1.2 million face extreme vulnerabilities or family reunification needs for which they are in need of resettlement. Yet fewer than 200,000 resettlement slots are available annually.

Refugee resettlement of a few is necessary for the successful local integration or return of the majority of refugees. Refugee resettlement relieves pressures on host communities and contributes to overall regional stability—contributing to the conditions necessary for the majority of the refugees that remain in the region to either integrate locally in their host countries or return home when it is safe to do so.

Conversely, retreating from resettlement commitments can have dramatic consequences for the eventual safe return of refugees—prolonging and sometimes even reigniting conflict.

Today, this risk exists in the premature return of Syrian, Afghan, and Somali refugees, which could further destabilize fragile and conflict-ridden countries. Over 600,000 Afghan refugees were induced to return from Pakistan in 2016—a six-fold increase from 2015—as Afghanistan struggles with growing insecurity, instability and gains by terrorist organizations. Such premature returns come at a time when growing instability in Afghanistan has required an increase in U.S. troop levels to reverse gains by terrorist organizations.

FICTION #6:
The number of refugees resettled is of no consequence to American interests abroad.

FACT:  Refugee resettlement is not just a humanitarian program and a moral choice, it is a strategic imperative that promotes regional stability and global security in some of the most challenging parts of the world. Refugee resettlement is a critical foreign policy and national security tool—alleviating pressures on critical allies, helping ensure the international community maintains its humanitarian obligations, encouraging responsibility sharing, maintaining cooperation with allies for U.S. diplomatic and intelligence operations, and sending the message to terrorist groups that the U.S. welcomes those who reject terrorist ideologies.

Maintaining resettlement commitments is critical to the effectiveness of military, diplomatic and intelligence operations abroad and the safety of U.S. troops. Tens of thousands of Iraqi and Afghan nationals have put their lives on the line to support intelligence gathering, operations planning and other essential services, especially translation. These individuals and their families are often targeted by terrorist groups as a direct result of their cooperation with Americans. Resettlement is instrumental in ensuring their safety—a testament to the U.S. military’s commitment to leave no one behind.

Refugee resettlement signals support for those who seek liberty and reject ideologies antithetical to American values. Just as the U.S. offered refuge to those fleeing communist regimes during the Cold War, so too must the U.S. open its arms to those standing against terrorist ideologies, many of whom refused to join or be conscripted into terrorist groups, militias and state security forces persecuting fellow citizens.

The last thing that terrorist organizations like ISIS want is for the U.S. to be a beacon of hope, acceptance and inclusion for Muslims.

FICTION #7:
The Department of Homeland Security (DHS) cannot safely vet more than 45K given that improved security vetting being put in place during the 120-day ban is more resource-intensive.

FACT: Even in the face of the worst terrorist attack on our nation’s soil on Sept. 11, 2001, President George W. Bush set an admissions ceiling of 70,000 refugees and continued to do so in the years that followed. Doing so signaled that the U.S. would remain a humanitarian leader and demonstrated that the administration understood the critical role resettlement plays in supporting our allies.

The global context was also different under President Bush. The global refugee population was nearly half of what it is today (12 million in 2001 vs. 22.5 million in 2016).

FICTION #8:
Refugees are too costly; they are a drain on local economies and take jobs away from Americans.

FACT:  All evidence points to the fact that refugees benefit local economies and fill empty jobs in the workforce.

FICTION #9:
Even with an admissions ceiling of 45,000 refugees, the U.S. will remain the world leader in refugee resettlement.

FACT: The average annual admissions ceiling since 1980 has exceeded 95,000. A refugee admissions ceiling of 45,000—the lowest level ever set—is a drastic departure from historic tradition, signaling a retreat in leadership on the world stage. Presidents from both parties in the past two decades have set robust refugee ceilings as a proud humanitarian tradition of welcome.

Last year, Canada resettled 46,000 refugees, more than the new cap. Canada is roughly one-tenth the size of the US population and economy (smaller, in both regards, than the single U.S. state of California)

FICTION #10:
Refugees are imposed upon unwilling and overburdened communities who wish to care for their own people first and foremost, not the foreign born.

FACT:. The private sector, faith institutions and local communities are all deeply invested and involved in welcoming refugees and helping them achieve successful integration in their new homes. They do so with a commitment and desire to reflect the values of America, and build better, stronger, more vibrant communities here in the U.S.

Communities are enriched—spiritually, socially, and economically—through diversity. Immigrants and refugees have enriched our nation, our community and our churches for generations through the unique cultures and traditions they bring. Hundreds of employers around the country work closely with resettlement agencies to systematically hire refugees (mainly in the manufacturing, hotel and food industries) in many industries that native-born Americans will not work in. Employers look to hire refugees because they find refugees to be among their most stable, reliable employees.

Thousands of volunteers and members of congregations donate tens of thousands of hours and in-kind contributions each year to support refugees, lowering costs to the federal government. Community members donate household items to help furnish a refugee family’s first apartment, teach financial literacy and cultural orientation classes, help new arrivals prepare for job interviews, mentor refugee families to help them adapt to the American way of life, and much more.

* UNHCR says “The ‘first country of asylum’ concept is to be applied in cases where a person has already, in a previous state, found international protection, that is once again accessible and effective for the individual concerned.”