Thank you to Paul Erickson for this firsthand account and these pictures as he travels through the flood-affected areas in Mozambique.

Just outside Chokwe, the road parallels an as yet swollen irrigation canal and Maposse comments that when he had last passed here, fleeing the rising flood waters, the irrigation channel was invisible, at one with the rising flood waters.  We pass where the road into Chokwe had been cut off and where a construction crew continues to busily make repairs.  Maposse continues his drive-by account, relating that the surrounding fields, which look to me like a vast lake, are full of submerged plantations of rice, tomatoes and other cash crops that are now clearly a complete loss. 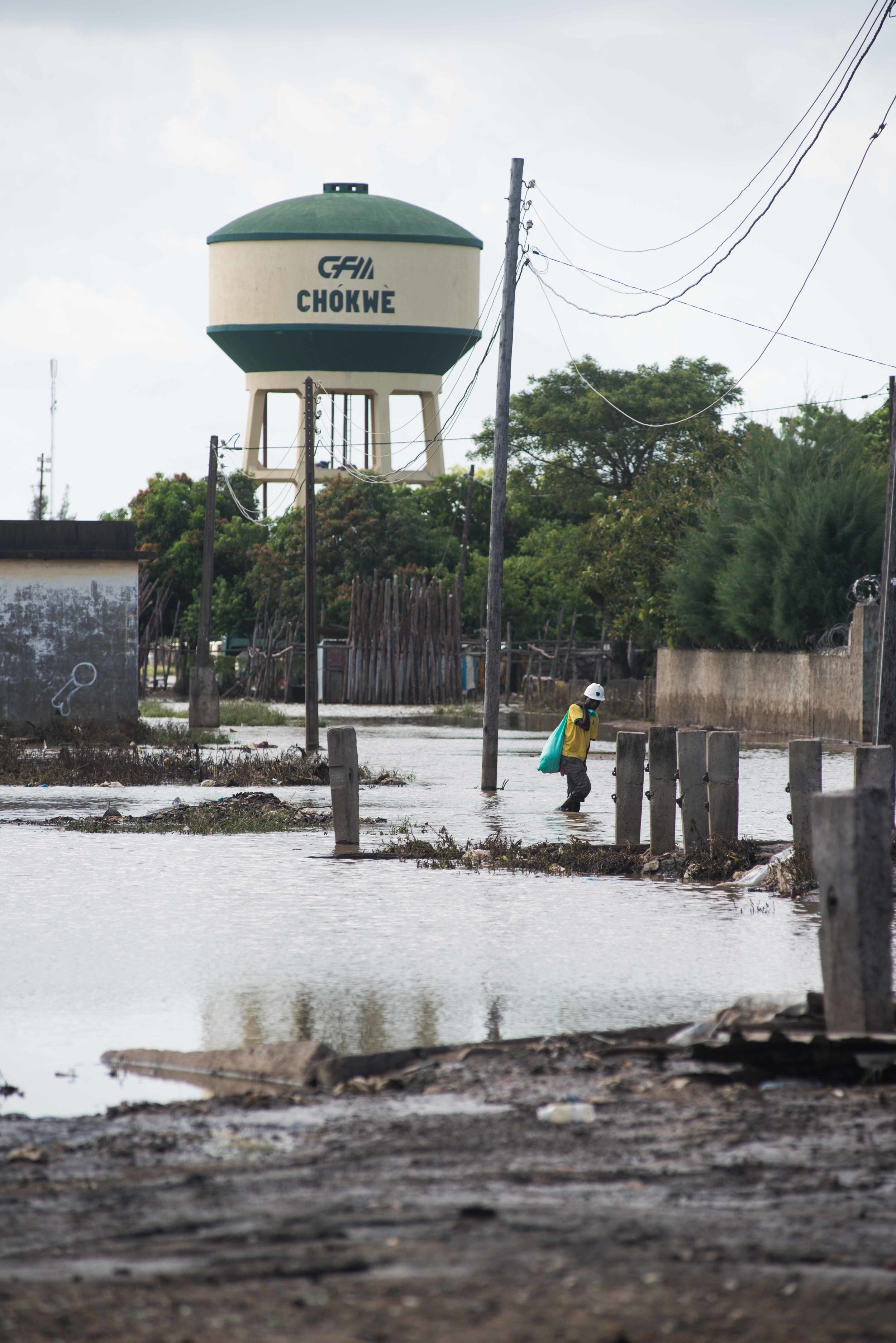 These staples, until last week promising to offer a chance for a livelihood to the farmers who had cultivated them, are now destroyed.

The town of Chokwe appears to be surrounded by a sea of water and is itself half-submerged  – and this is after much of the water has reportedly receded!  We come to two cars stopped with people looking and pointing excitedly toward the water at what I (at first glance) mistake for a dead animal.  The sudden, horrible realization that it is actually a human victim haunts me even now.

The end of the town at this entrance point must be the lowest part of town because as we continue down the road, it is evident that it is now just a muddy, debris strewn mess.  The highest level that the raging flood waters reached remains visible by the waterline left on concrete buildings and windows. The mark is well over a meter and a half high.  The high water mark at the lower corner of town where we have just entered may have had a water surge closer to two meters high or more.  The thought that anyone, much less children, caught in fast-flowing water this deep would have had no chance of survival leaves me without anything to say. 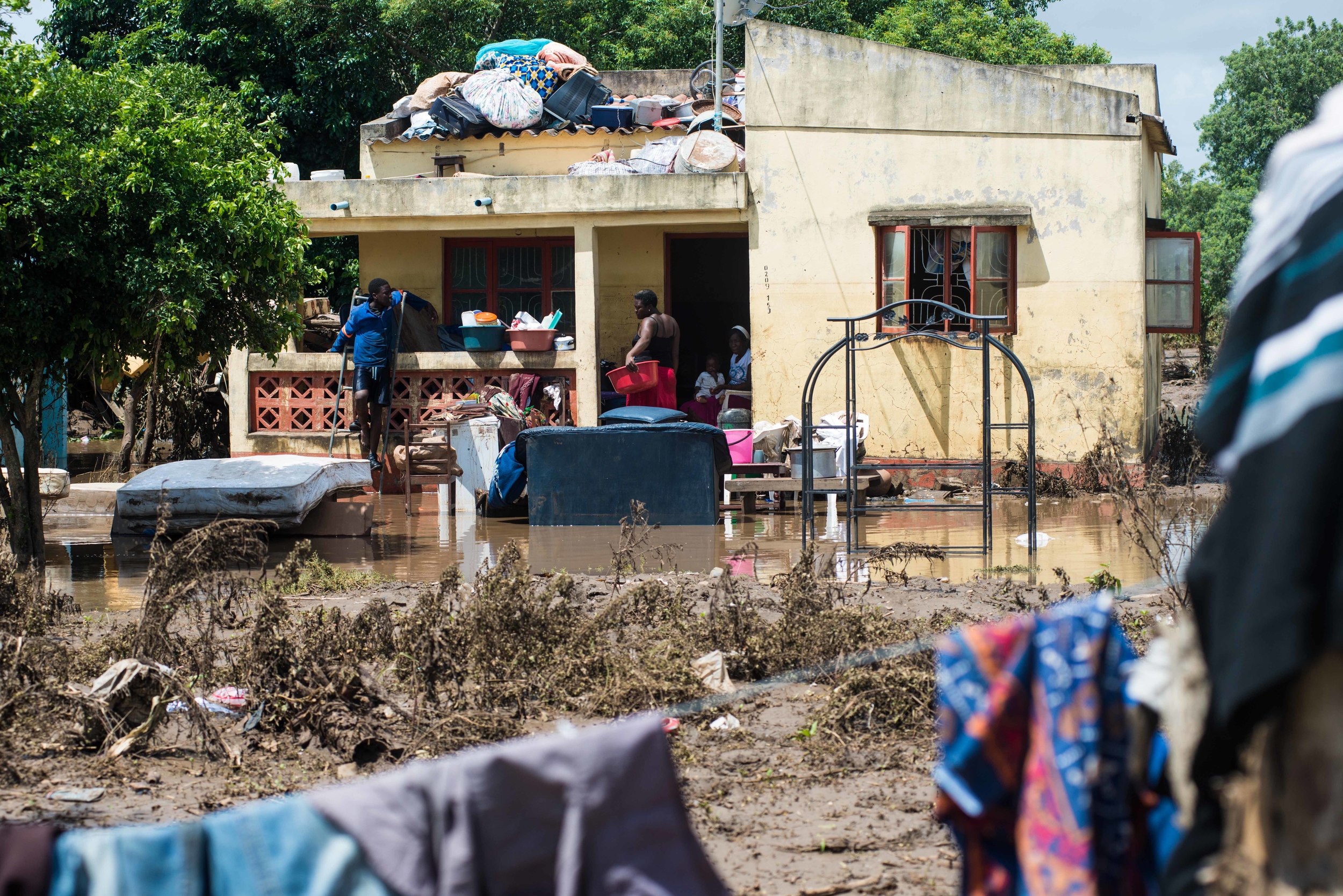 In time, we stop to ask people questions and whether they mind me taking a few pictures.  By now, it is the fourth day after the flood surge.  I am surprised by how many people are here. Clearly many did not evacuate as the government and other agencies had encouraged them to do.  We have stopped at the part of Chokwe with many more homes made from wood poles with corrugated iron sheets or thatch for roofs.

On a normal day, it would be a patchwork of the poorer residents of Chokwe, but now it is a devastated sea of broken homes; some collapsed, but all with the mud-mortar washed away revealing what little remains of the wet, mud-covered contents inside.  It is clearly the first day that anyone has had the opportunity to clean anything up, and the blankets, clothing, plastic chairs, and other items are being washed in the same slowly receding muddy water along side their homes.

Too many things strike me about this horrible reality to adequately process.  I am struck by the number of people that rode out the flood in Chokwe, never leaving.  I wonder why there were not more victims who perished, overtaken by deep, fast moving water.  I estimate that even on the raised main road, the water could have easily been waist deep and fast.  People we talk to say that neighbors who had concrete homes with secure roofs harbored many people and that some climbed trees to escape – again echoes of the devastating pictures remembered from the floods in 2000. 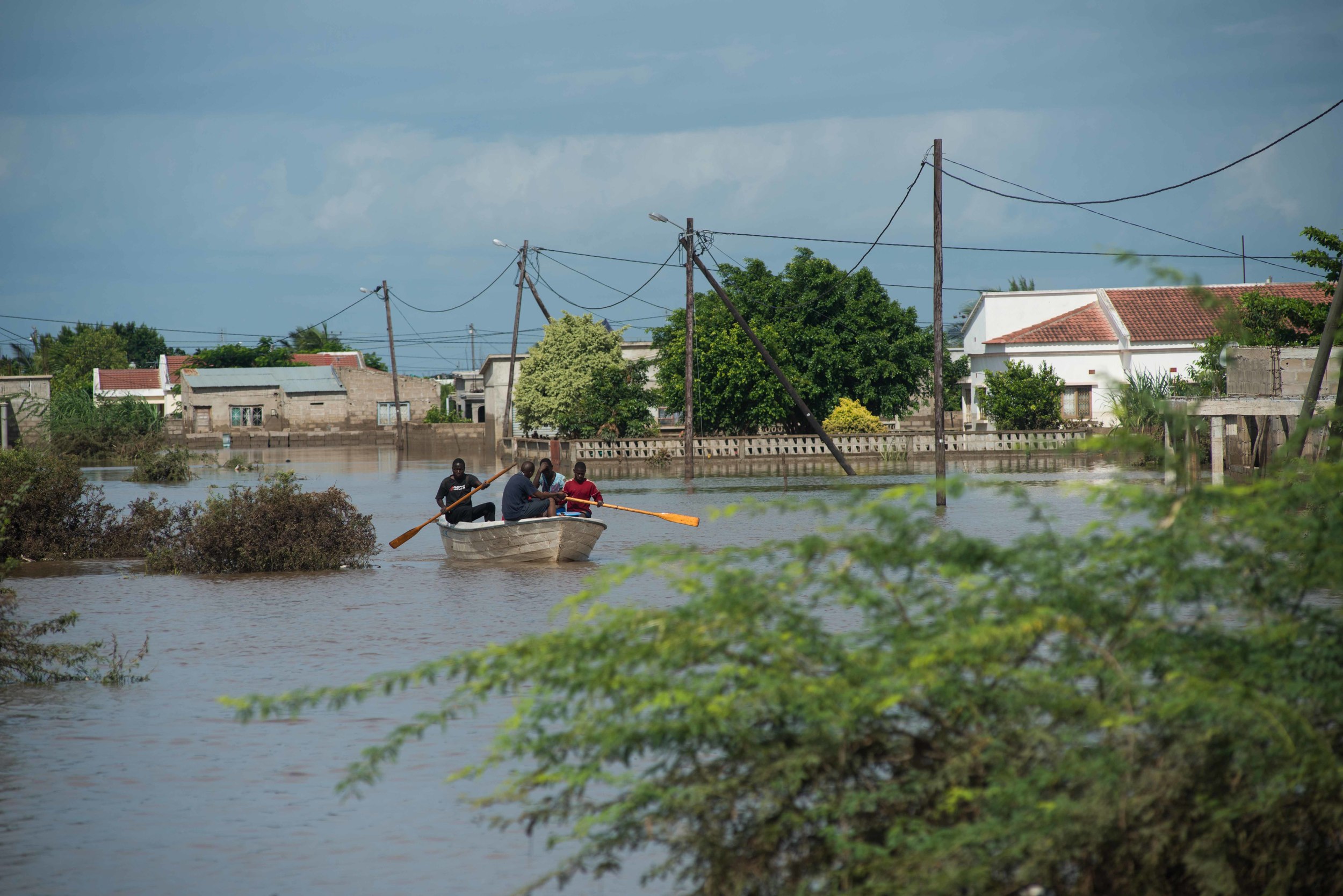 I am struck by the havoc and hardship brought upon innocent people by disasters such as this.  And yet, here they are cleaning up and salvaging what they can.  Everyone we talk to says they have no food, and we witness long lines of women and children waiting with empty plastic containers for the small water-tanker truck to return full of water so they can have this basic necessity. A necessity that I unthinkingly waste and take for granted daily.  It is clear to me that there is obviously not enough potable water brought by this truck for everyone, so many are just collecting muddy-brown receding flood water from the side of the road or from hand-dug wells with hand pumps, but this shallow groundwater too must definitely be contaminated.

While a town like Chokwe obviously has both rich and poor inhabitants, a flood’s havoc washes over everyone.