Paul Erickson continues his account of his journey through Gaza Province, Mozambique.  To see more pictures, click here.It will take months and months for everyone to establish their normal lives again, if at all.  But this will be unlikely if they don’t receive food and potable water and electricity soon.  Those who stayed behind or returned to Chokwe after the waters began to recede, are far from the relocation centers where at least some basic provisions are being distributed. 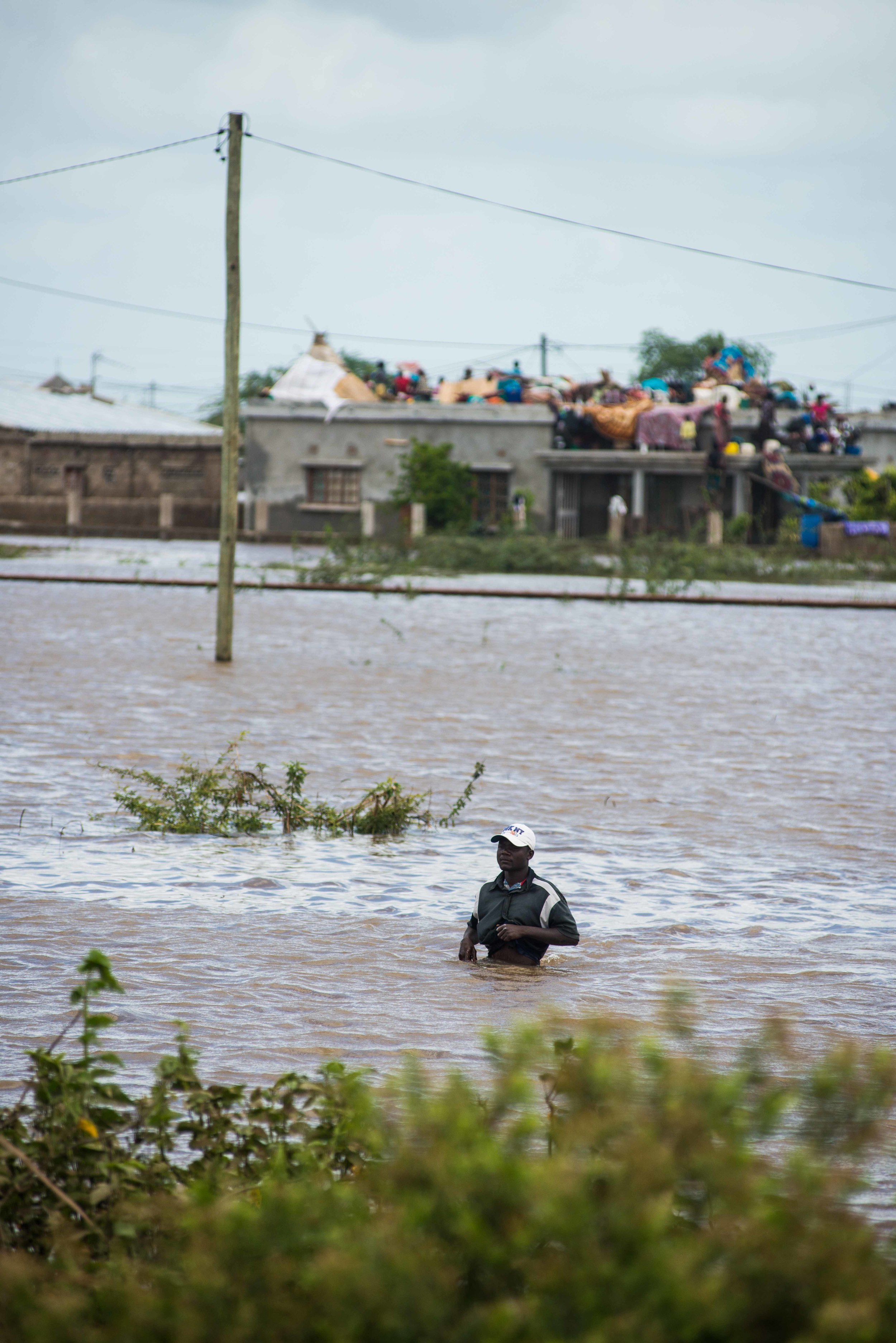 As we leave Chokwe late in the afternoon, I notice with great sadness that the horrific sight that greeted me this morning while driving into town is still there – a precious life lost, the body still uncollected.   I can’t make sense of it.  All I’m clear about is that the residents of Chokwe and those thousands who fled the floodwaters and who have little or nothing to return to need our help.  In times like these, which seem ever more frequent, Christ calls us still to reach out with compassion to a world in need.

The latest figures reported by AFP are that at least 36 Mozambicans have been killed and nearly 70,000 have been displaced.

Later in the afternoon, as we make the return drive to Macia, we stop to drop off Maposse at his makeshift, under-a-tree shelter. Maposse is a local World Relief staff person and now also a displaced former resident of Chokwe who, together with his family, is himself sheltering in the temporary resettlement camp in Chihaquelane.

The vast increase in the number of relocated victims here now compared to when we passed by only several hours earlier is astonishing.  Initially set up to “house” perhaps 20-30,000 people, the makeshift camps have been burgeoning with people fleeing with their families and belongings.  In the hours between morning and afternoon, the numbers increased visibly, and as the waters recede further, relief agencies are predicting that more people will arrive from across the Limpopo River.  As the camps are just being set up today, systems for food and water distribution are still being prepared.  Key problems are latrines as well as shelter, as more and more people arrive to the site.  Without adequate sanitation, disease will spread quickly; and if cholera strikes, a new disaster may begin. 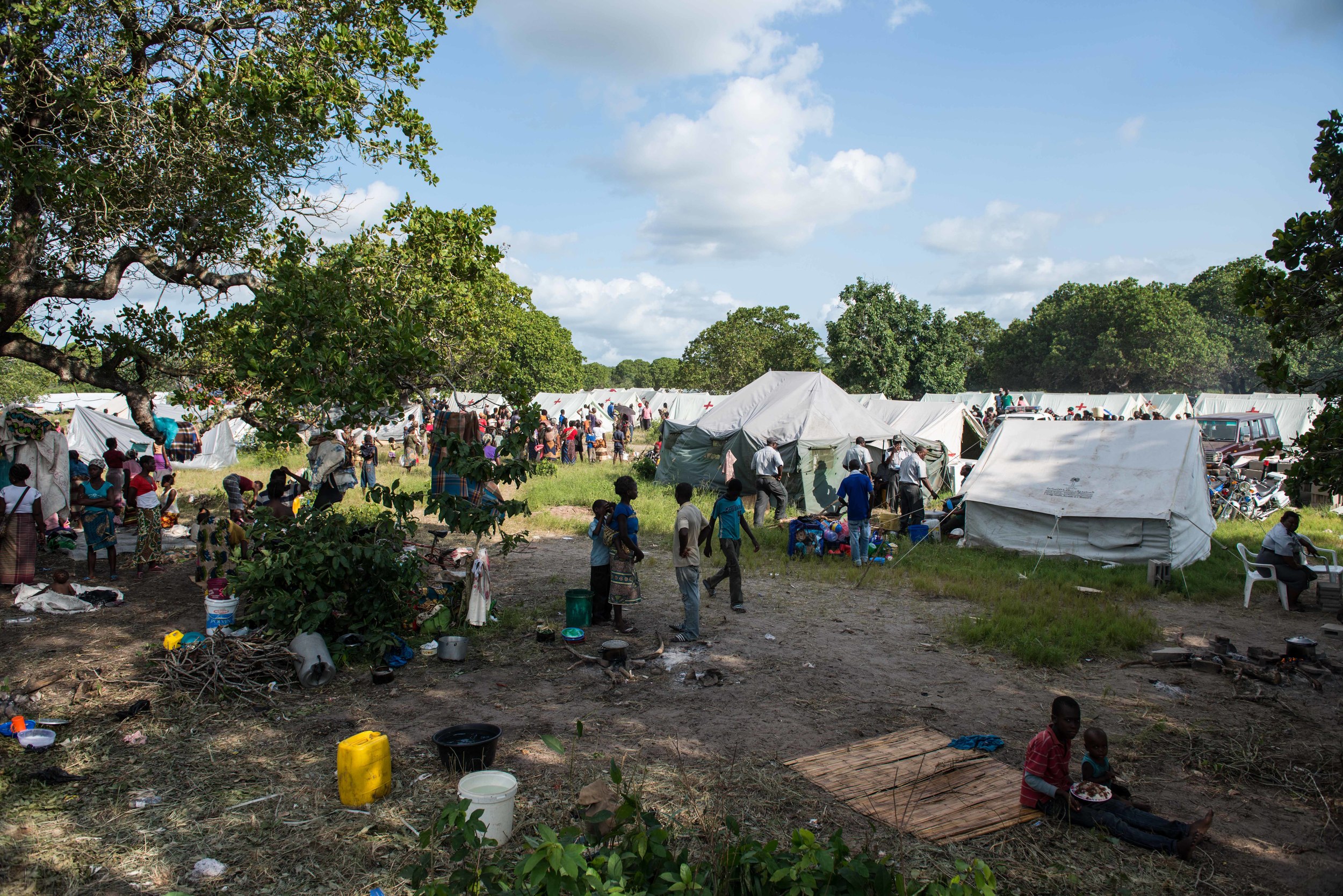 Both in the camps and in the town, food is a serious issue.  Food stores in Chokwe and other affected towns were destroyed, and people – mainly women and children – are waiting desperately for distributions to reach them.

Aid is arriving.  While we were there, helicopters and trucks were passing through the area, leaving supplies, and seeking out still stranded people.  Those in the camp, however, must simply wait.  They will not be able to return to what is left of their homes for weeks or even months.  They will eventually receive temporary shelter – tents or supplies to build a makeshift roof – and they will receive stipends of food or water.  Children will learn to play between the tents and under the trees, and some lucky ones may even get to go to school, but life will never be the same for any of them.

Click here for World Relief’s response to the flood.