As an early employment specialist with World Relief, I get an in-depth look at the resilience found in refugees who arrive in America. I am privileged to see the human spirit overcome and persist in the face of overwhelming odds. While my work is intended to equip our partners as they establish financial stability, it also targets the insidious activity of injustice that has been sown in the lives of so many people.

Khalid* is one of these brave people, willing to give us a glimpse inside his story.

As we begin, Khalid sets his drink down on the table in front of him and looks me in the eyes, “I don’t ask for anything, I just need protection. We need safety; that is all. This is my story.”

Khalid was born, and lived for many years, in the Nuba Mountains of Sudan. When he speaks about his home, his face lights up. Throughout our conversation, he continually reminds me, “the day there is peace, I will go back.” His love for his home pulses through him, despite how deeply the conflict of Sudan has wounded him.

When he was in his early twenties, the violence in Sudan became too much for Khalid to bear. He fled, finding safety in Egypt for a few years, but even there it did not last long. As the influx of outsiders stirred up resentment from the Egyptian government, Khalid found himself fleeing again; this time with his two boys, wife and two month old daughter. Quickly, he gathered his family and the few items that they could carry and journeyed toward the border.

Arriving at the border, things quickly descended into chaos. They had been spotted by local security forces. Shifting in his chair, Khalid recounts how people with him were struck by gunfire and killed that night. One man got hit through the throat, another through the knees. Khalid said he stopped to carry one of the wounded but could not get far.

Eventually Khalid made it across the border with his two month old daughter safely in his arms, but his wife and boys were overtaken and arrested by security. Khalid stayed and worked to pay for his family’s release while also working on his application as a refugee for resettlement in the U.S. In 2017, he received approval to come the U.S. with his youngest daughter. Meanwhile, his wife and two sons were released and sent back to Sudan.

Throughout the next few years, Khalid’s family lived on the run. Unable to return to their home in  Sudan and still fleeing violence in Sudan, they started toward a large refugee camp in Kenya. Thankfully, they have now found safety and are waiting to be reunited with Khalid. Khalid’s deepest desire is to find a way for them to join him in America. It has been over ten years since he has seen them.

Khalid is a survivor. He has pushed back against the odds and grasped hold of opportunities. After faithfully attending our job readiness class, he was hired for a third shift job at a plastics molding company. Through culture shock and fatigue, he persevered. Under the weight of trauma, he forged greater resilience.

When a person is forced to flee their home to find safety, there is a series of shifts, internally and externally, in their identity. Not only is their lengthy journey to safety marked with physical and psychological trauma, it is punctuated by a sense of hopelessness that can lead them to doubt their own efficacy. Those experiencing forced migration have been through tremendous challenges.

That’s why, at World Relief, we seek to lighten the load of these vulnerable refugees, immigrants and asylum-seekers as they get back on their feet. In each of our programs we seek to help individuals uproot self-doubt, restore an awareness to their own strength and help address the many needs of those who have undergone this trauma. We are not the hero in this story of resilience, but what we do provide is an opportunity for them to harness their own strength to succeed. And we have an incredible front row seat to witness their journey.

Upon arrival in America, our ‘clients’ enroll in English Language classes (ESL) and employment services. This training takes place in community-based classes, which promote English acquisition, teach about U.S. workplace culture, and foster a community of survivors. These classes offer a support system for those overcoming trauma by intentionally establishing routine and community. In this environment, friendships form between people from some of the most dangerous conflict zones in the world. These friendships are crucial because it makes adjustment to a new home more manageable. It provides solidarity as resilient people band together, learning a foreign language and understanding the many nuances of a new culture.

With friendship and community many find they have the support and confidence they need to continue pursuing independence and secure employment. We firmly believe  employment has the power to restore dignity and fulfillment in the heart of individuals as well as provide a sense of purpose in everyday life.

Not only do we aim to create a strong foundation for those we work with, but we also seek to provide wrap around assistance such as: arranging appropriate housing for refugee arrivals, enrolling children in school (often for the first time,) providing trauma counseling, and coordinating access to medical care.

Our goal is to help overcome the effects of violence, poverty and injustice lingering in the lives of individuals we serve through love in action. We refuse to believe injustice will always have a powerful grip on individuals’ lives and we are compelled to fight tirelessly to ensure that all people can experience the  fullness of life God intended for them.

*Khalid’s name has been changed to ensure his privacy. 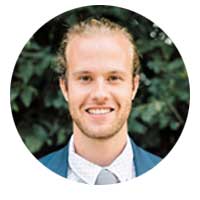 Dan Peterson currently works as an Early Employment Specialist for World Relief Dupage/Aurora. He has been in this role since January 2016. Before working for World Relief, Dan graduated from Worldview Centre for Intercultural Studies in Tasmania, Australia, where he received a B.A. of Cross-Cultural Studies.