This year, we will be launching a new Perspectives series called Frontline Reports. This series is intended to provide updates on the countries, contexts, and situations in which we work as they continue to evolve. The reports will be written entirely by program experts and local staff on the ground.

So, how is South Sudan? It’s a question that I get a lot these days. From other humanitarians in different countries, from friends who caught a rare headline, from family members who just want to know what is it that I do all day when I say I am going back. It’s a question that is so much more complicated than it seems. I usually say something about security; well, there are roadblocks in Juba, but they seem to be leaving NGO cars alone, or the weather, rains are coming so we are enjoying some seasonal cool, and maybe a few lines about the peace process or a funding proposal I’ve been working on.

But, how is South Sudan, really? Let me start with a brief recent history. When the Comprehensive Peace Agreement was signed in 2005, allowing the southern Sudan to vote for independence, the referendum was overwhelmingly supported. South Sudan was born on July 9, 2011 with much celebration and high hopes for the world’s newest nation. Sadly, the celebration was short-lived. On December 15, 2013, gunfire rang across Juba when the former Vice President was accused of a plot to overthrow the President. Since then, violence has been ongoing in many parts of the country, with atrocities against civilians perpetrated by all parties. The war is far more complicated than an ethnic conflict or simply a struggle for power or resources. It is one with countless actors and proxies and continuously shifting alliances.

World Relief’s story in South Sudan began in 1998, and some of the areas where we have worked since then are now on the front lines of the fighting in Unity State. We are working among communities who have been forced to flee into the bush countless time when fighting erupts. They have watched their towns change hands only to be retaken by the other side the next week. They have seen their farms and their livelihoods destroyed and survived on only water lilies and other native plants for weeks at a time. They have seen their health facilities and their children’s schools destroyed.

In these communities, World Relief is responding with lifesaving health and nutrition services, as well as working to restore education and livelihoods. We are also responding to the needs of those who have had to flee these communities to the internally displaced persons’ camp in Bentiu, which currently hosts over 110,000 men, women, and children.

In Bentiu camp, we are responding with the following services:

Indeed these immediate interventions in Bentiu and the surrounding counties are vital in responding to the basic needs of the South Sudanese people and the needs abound.

Yet, we believe we can do more. Stability must be achieved to end the suffering, and to begin to address the underdevelopment in South Sudan. In addition to responding on the frontlines of crisis, World Relief is working to preserve peace in Ibba and Maridi Counties in Western Equatoria, where strong church leaders are standing up and say NO to conflict within their borders. There, we are working with churches of all different denominations to unite them with one another and call them back to their mandate to serve their communities not just spiritually, but also physically, economically, and socially.  And they are doing it together. Congregations are caring for their sick, planting gardens for their elderly and sending their orphans to school. They are coming together to pray and host peace dialogues between armed groups before tensions escalate into violence. At World Relief, we have seen that churches have the power to sustain peace and to revitalize their communities. They will be the leaders and influencers when stability comes. And our brothers and sisters in Ibba and Maridi will be ready to teach others.

Though this work is slow and complex, we believe the impact will be transformative for thousands of vulnerable men, women and children in South Sudan.

As my team and I pray for peace, we ask you to join us in our vision for peace in South Sudan. We cannot do this without you. 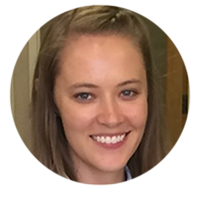 Heidi Dessecker joined World Relief in 2010 and has served in both the US and International Programs. She currently serves as the Program Officer for Democratic Republic of Congo, South Sudan, and Sudan. Heidi is passionate about gender issues and reaching women in some of today’s most complex crises.