Life-giving Water in Darfur – A Mother’s Story of Survival

World Relief is on the ground in the midst of unstable communities in West Darfur, where the lack of natural resources can easily increase conflict between communities. Not only do we help to reconcile inter-communal conflict, but we also provide important resources like water, which can be lifesaving in cases like Batol Mohamed’s.
Batol, a 34-year old mother of six, lives in Kongok village of West Darfur. Just one week after she delivered her youngest child in November 2014, conflict erupted when her village was attacked. The village was looted, homes were destroyed and Batol’s own family experienced the violence first-hand. While many chose to flee to safer areas, Batol stayed. She was concerned that if she left her home, both she and her child would get sick. So she remained in the village despite the conflict that was happening around her. 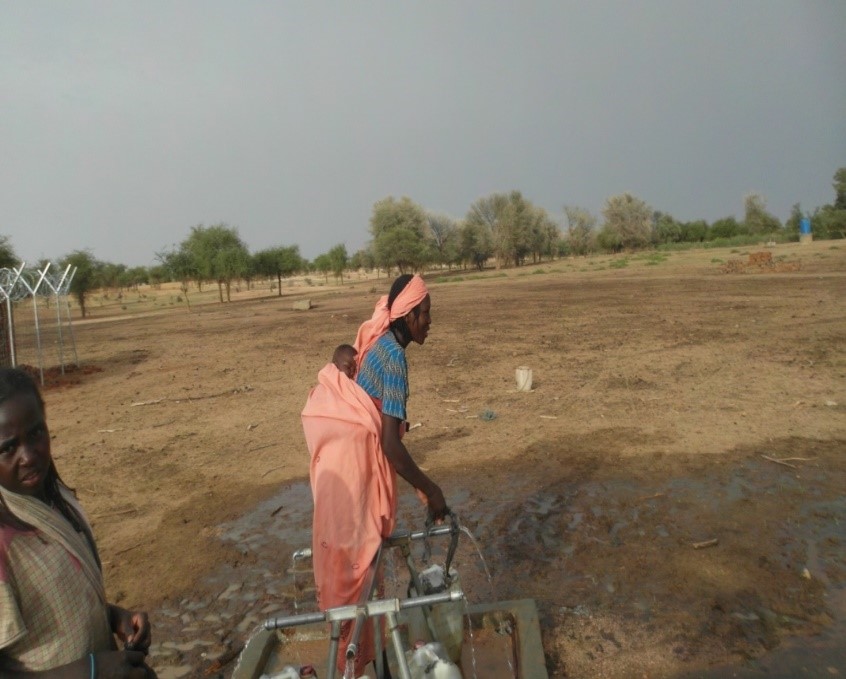 Because so much had been destroyed and everyone had fled, Batol had to find a way to care for her family all on her own. And she had no water to cook and worried her family would go hungry – it’s dangerous to venture too far out of the village in search of water, because she had just given birth and some of the attackers remained close by.

Thankfully, the water tank built by World Relief had not been destroyed when the attackers moved their animals into the farms around the village, and she was able to retrieve water for her family. “I was able to cook breakfast for my children and I thanked God for this gift,” Batol told our staff on the ground. She said that the availability of the water in the center of the village helped them survive for six days until the conflict was resolved and people were able to return back to the village. She said “our life is spared, thanks to World Relief, by the water the organization provided to my village.”

World Relief partners with local churches and organizations to empower the vulnerable to pursue peace and have access to tangible resources. To learn more about World Relief’s work to build peace and save lives in West Darfur, visit www.worldrelief.org/WagePeace.