M. Chey – A Story of Transformation

M. Chey has witnessed Cambodia’s many changes over the past few decades, and his own story of transformation is a powerful witness to what the Lord can do with a committed life.
As a young man, Chey says that Buddhist teachings showed him he was a sinner, but even though he prayed to the gods in every season, his life was still filled with worries and emptiness. During the 1970’s, when the Khmer Rouge was in power, Chey survived by being forced into the army. He was treated badly, forced to work hard and only given potatoes to eat twice per day. His wife and children were all separated from him, and forced to work in various camps. Amazingly, they were reunited after the war.

When a World Relief volunteer came to share the Gospel with his family, Chey wasn’t interested in hearing about it. But, he says, they just kept coming back to talk with him, and eventually Chey asked about Jesus. He studied with the volunteers, learning more and more about God.

Finally, Chey realized he could know the real God. He prayed and began following the Lord, asking for blessings in daily life, and desiring to know more about Him. Now, Chey and his whole family follow the Lord.

At age 74, Chey now has nine children, too many grand-children to count, and seven great-grandchildren.  He is a leader of his cell church in Andong village, teaches the Bible, prays for the people in his group, and encourages those living with HIV/AIDS. Even though many of his Buddhist friends tell him he is too old to believe something new, he hopes for many opportunities to share the Gospel in this village of 500 people. “I will not be a backslider,” he says. “I am committed to the Lord forever.”

World Relief celebrates with Chey. We thank God for the volunteers who brought the gospel to Chey and his family. 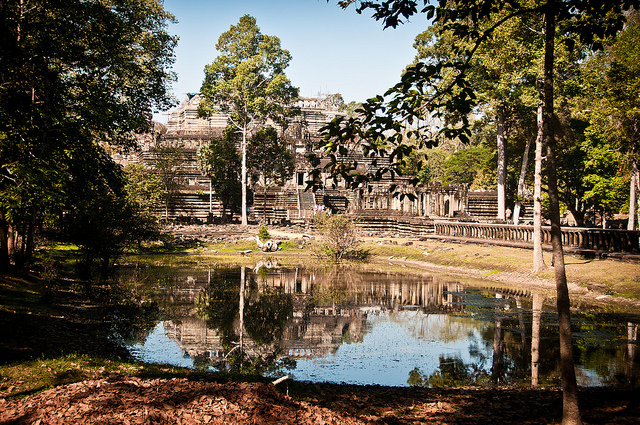