Our Fight to End Human Trafficking

Five years ago, UN member states came together to designate July 30th as World Day Against Trafficking in Persons in an effort to “raise awareness of the situation of victims of human trafficking and promote and protect their rights.”[1] As we acknowledge this day at World Relief, we encourage you to read on to learn more about our work to combat Human Trafficking.

Human Trafficking Around The World

Human trafficking is defined as “the illegal trading, selling, and exploitation of people to use them for labor or sex. It is a process by which a person’s freedom is taken away, [and they] become enslaved by others.”[2] The International Labour Organization estimates that over 21 million people today are victims of forced labor and sex trafficking globally. Children make up almost a third of this devastating number, and women and girls account for 71% of all victims. [3]

While human trafficking and slavery are not new issues, a new law was passed by Congress in October of 2000,  that authorizes protections for individuals who are victims of severe forms of trafficking. With passage of the Trafficking Victims Protection Act (TVPA), it became clear this was an issue that demanded World Relief’s involvement. Fraud and exploitation were being used to control and enslave millions of people around the world – even right here in the United States. These trafficked victims were undoubtedly some of the most vulnerable around the world. And so, World Relief began exploring efforts to fight this horrific injustice.

In November 2003, World Relief met with a group of like-minded organizations to determine if and how we  could collaborate. It was out of these meetings that the Faith Alliance Against Slavery and Trafficking was born.

The Faith Alliance Against Slavery and Trafficking

FAAST provides a framework for collaboration between Christian churches, denominations, universities and communities around the world who are rising up to confront human trafficking. We connect God’s people through the power of partnership and equip them through the creation of resources, facilitation of training events and development of anti-trafficking programs. Since its inception, FAAST has written the most widely used curriculum for the restoration of survivors of trafficking, held more than 120 trauma-informed trainings, hosted live-streamed nationwide prayer events and provided resources to thousands of practitioners and churches.

FAAST exists today because eradicating human trafficking reflects the heart of God. We believe there is hope, and we believe that the best agency of change and restoration is God’s people, the Church.[5] At World Relief, our impact has been multiplied as our resources and efforts are combined with fellow FAAST members to form large-scale anti-trafficking projects.  None of this would be possible through our individual efforts; it is only through working together, as the entire body of Christ, that we can fight this grave injustice and achieve impact.

Today, World Relief and FAAST are equipping Christ-followers around the globe to restore freedom to those held captive in exploitation and slavery. Our vision is to see a world of transformed communities, free of slavery and exploitation.

If you’d like to support this work on World Day Against Trafficking in Persons, we’re excited to announce our partnership with apparel brand, Sevenly. During the month of July, each purchase made will provide funding for anti-human trafficking services and education through World Relief.

You can also learn more about our work with FAAST at www.FAASTinternational.org 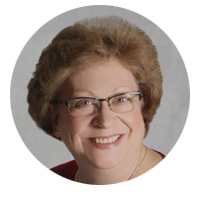 Ruth Famini is the Director of National Resettlement Programs at World Relief’s home office in Baltimore, Maryland. She has been with World Relief for twenty-one years, and is responsible for overseeing the organization’s refugee resettlement work. She is also passionate about anti-human trafficking, and represents World Relief at the Faith Alliance Against Slavery and Trafficking (FAAST). Mrs. Famini holds a Bachelor’s degree from Nyack College. She and her husband, John, have four grown children, six grandchildren, and three cats. 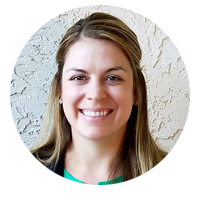 Mandy Porter-Griffith, the Coordinator for FAAST, has a Master of Arts in Missional Leadership from Northwest University, is a Pastor through the Assemblies of God and a Chaplain at Johns Hopkins Hospital and Chesapeake Federal Detention Center. Mandy specializes in training trauma informed care. She believes in equipping the local church, to be not just aware of human trafficking but proactive in facilitating both prevention and aftercare in their own communities. In 2013 she received her certification as a facilitator of the Hands that Heal: International Curriculum for Caregivers of Sex Trafficking Survivors.