Out of Many, One —&nbsp;The Power and Importance of Integration over Assimilation 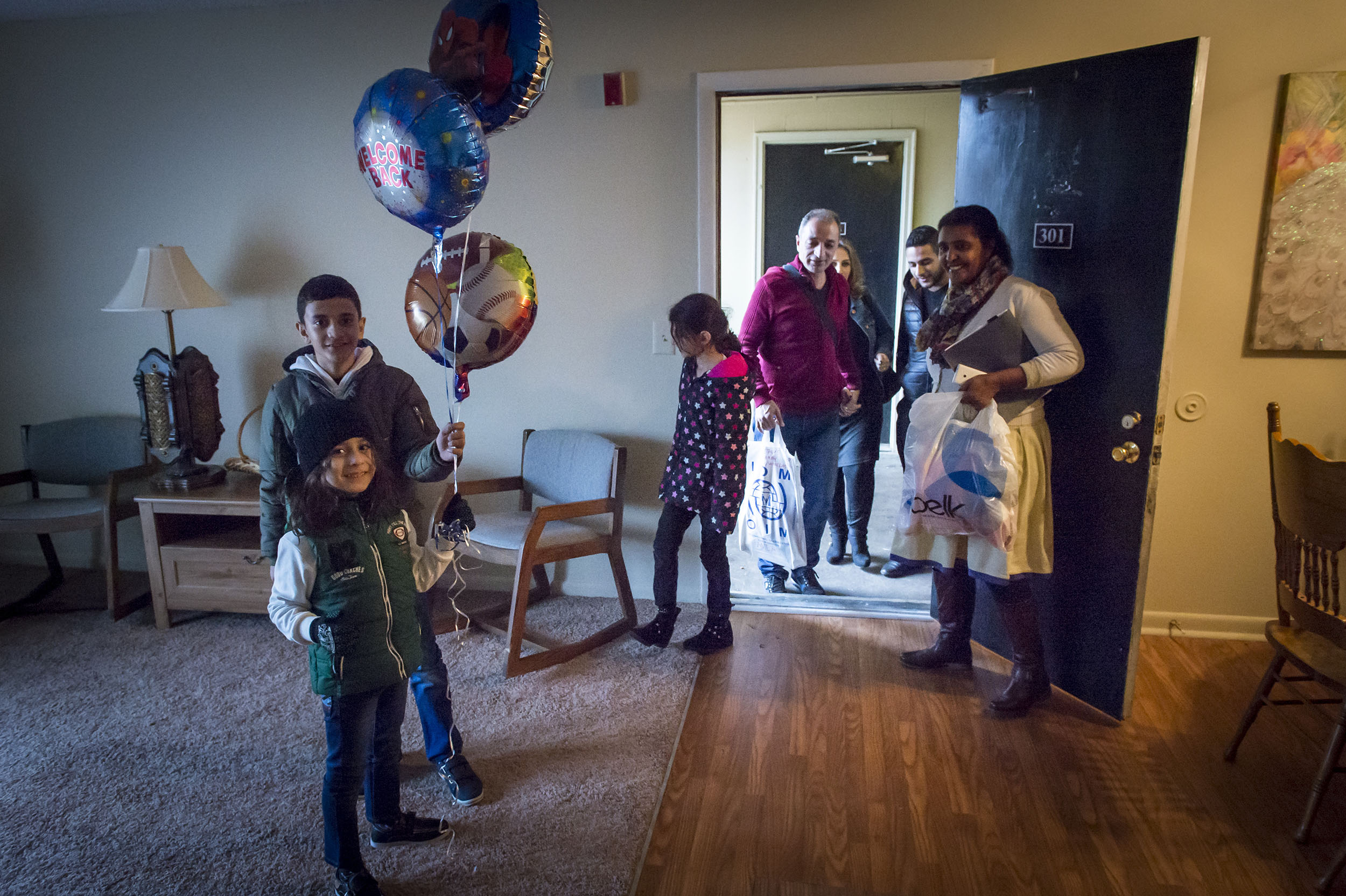 A refugee family is welcomed into their new apartment by staff and volunteers from World Relief’s Nashville office. (Photo courtesy Sean Sheridan)

“I looked, and behold, a great multitude that no one could number, from every nation, from all tribes and peoples and languages, standing before the throne and before the Lamb, clothed in white robes and with palm branches in their hands.”  — Revelation 7:9

This is the picture of eternity that the Apostle John paints for us when he writes of heaven.  A beautiful array of colors, culture, languages and peoples. Distinct, yet one in Christ. Once strangers, now integrated and united under God.

Despite the strong political divides facing the nation today, many Christians across the U.S. have accepted God’s call to “welcome the stranger.” Many of us are learning through personal service to love our neighbors as ourselves, and to serve “the least of these” as we would serve Jesus himself, in the process learning more about Jesus himself.

As we do, we see Jesus as he is, but we do not make him in our own image. For we would not share a drink, or provide clothes or make a visit to Jesus only if Jesus was willing to become like us.  Yet, we run the risk of doing just that if we do not consider how we will welcome immigrants into our communities.

The Questions We Must Answer

Two key questions lie at the core of how immigrants will acculturate into a new society:

If the answer to both of these questions is “no,” then immigrants will forever stay on the margins of society. They will not be welcomed as part of the community, nor will they be allowed to maintain their identity.

But even if the answer to only one of these questions is “yes,” then integration will still fail. Because if immigrants are allowed to maintain their own cultural identity, but not allowed to become part of the larger society, they remain a separated group—ethnically, socially and economically.

We’ve Seen This Before

As an example, following World War II, immigrants from North Africa were invited into Europe to help to rebuild war-torn infrastructure and revive cities and towns. 70 years later, many of these groups in France remain separated from French society. This separation has kept entire cultural and ethnic groups from becoming fully-participating members of society, opening up breeding grounds for discontent and violence. Consequently, today, we see native-born Europeans perpetrating acts of violence and terror because they were kept separate from mainstream society in isolated ethnic ‘clusters.’

Integration is Who We Are

On the other side, many in the U.S. today argue that immigrants should be allowed to become part of the community and be connected to others, but only if they give up their past culture and identity in a process of assimilation. Some of these same individuals would state that this has been the way of America since its inception, but an honest look at our history reveals that each new group has enriched and contributed to culture and traditions that have come to be embraced by all. The strength of immigrant generations is that, despite the discrimination they often face for their cultural norms, language and values, they have contributed to what it really means to be American.

Historically, the United States has integrated, at least at some levels, one immigrant group after another – allowing each successive group to become a part of the community and allowing them to maintain their cultural identity and characteristics, which they have shared with others.

For instance, I am not of Irish heritage, but I enjoy the annual tradition of turning the Chicago River green for St. Patrick’s Day. I am not of Chinese heritage, but am grateful that there are many, wonderful Chinese restaurants in my neighborhood. I am not Burmese, but I am inspired to help my neighbors because of the amazing examples of sacrificial service I see in this more recently arrived immigrant group. Far from assimilation, the history of America is one of immigrant integration that we would do well to continue today.

Drawn By Our Values

It is the core American values—those of religious freedom, opportunity, freedom of the press, the rule of law, and participation in government—that draw immigrants to want to be a part of the United States. Many refugees come to the U.S. having been persecuted for their faith, and the fact that immigrant churches are the fastest growing churches in the U.S. shows how much this freedom is valued. The fact that 25% of venture-backed U.S. public companies were started by immigrants clearly demonstrates the commitment to hard work and providing for family. The number of immigrants who willingly go through the long process (minimally 5 years) of becoming a U.S. citizen shows the desire to engage as a part of their new country. They bring these values with them to the U.S., and those values are strengthened in relationships with native-born Americans.

But for integration of immigrants into the U.S. to be successful—and to avoid the pitfalls of marginalization, separation and assimilation—the receiving community must be ready to see the distinct gifts and value of these “new Americans.” Love and affinity for one’s past is not a rejection of the values that characterize the U.S. Instead of criticizing or doubting that immigrants share core American values with the larger society, we should build relationships with our new neighbors to see how these values are expressed in the unique culture and traditions they bring. In the United States we are “Of Many, One.”  But true unity is not expressed in dress, or food, or in religious expression. These are the “many” different expressions we have had as a people since this nation was founded. As we welcome immigrants to the U.S., we learn and add their distinct culture to the greater good of this country and find the unity that truly makes us one.

From Every Nation, Tribe and Language

Let us return to the picture in scripture of what this type of integration looks like:

“I looked, and behold, a great multitude that no one could number, from every nation, from all tribes and peoples and languages, standing before the throne and before the Lamb, clothed in white robes and with palm branches in their hands.” (Revelation 7:9)

In this description of the ultimate, eternal society, the distinctiveness of God’s creation is not lost. The Apostle John could clearly identify ethnic groups, language groups and nationalities in those he saw before the throne of God. In this scene God is not being praised by a single, homogenous group, but by one that is made up of the entire array of colors, cultures, languages and peoples God created. They are united in the act of unceasing praise, but they have not lost, nor been forced to deny, the distinctiveness of what God gave them.

For Christians, this is a picture of the eternity we anticipate. The United States should never be compared to heaven, but our history as a country gives us the freedom to begin practicing for that eternity here in our churches and communities. By welcoming those who represent the distinctiveness of God’s creation and learning, together with them, we practice living in a society that is built not on loss of identity, but on glorious sharing together. In so doing our nation can truly be “Of Many, One” and the church can reflect, even here, the eternity for which we long. 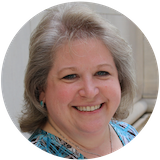 Prior to becoming the SVP of U.S. Ministries, Emily Gray served for six years as the Executive Director of World Relief’s offices in DuPage County and Aurora, Illinois. She is a former full-time missionary to Central America and is a founding member of Mission Lazarus, also serving on Mission Lazarus’ board for 15 years. Emily is a Licensed Clinical Social Worker, earning a Bachelor of Social Work degree from Abilene Christian University, a Master of Social Work from Boston University, and has completed doctoral hours at the University of Texas at Arlington. She has been married for 30 years to Cary, a Computer Scientist, teacher and scholar of Christian hymns.