The Current State of Refugee Resettlement in the U.S. 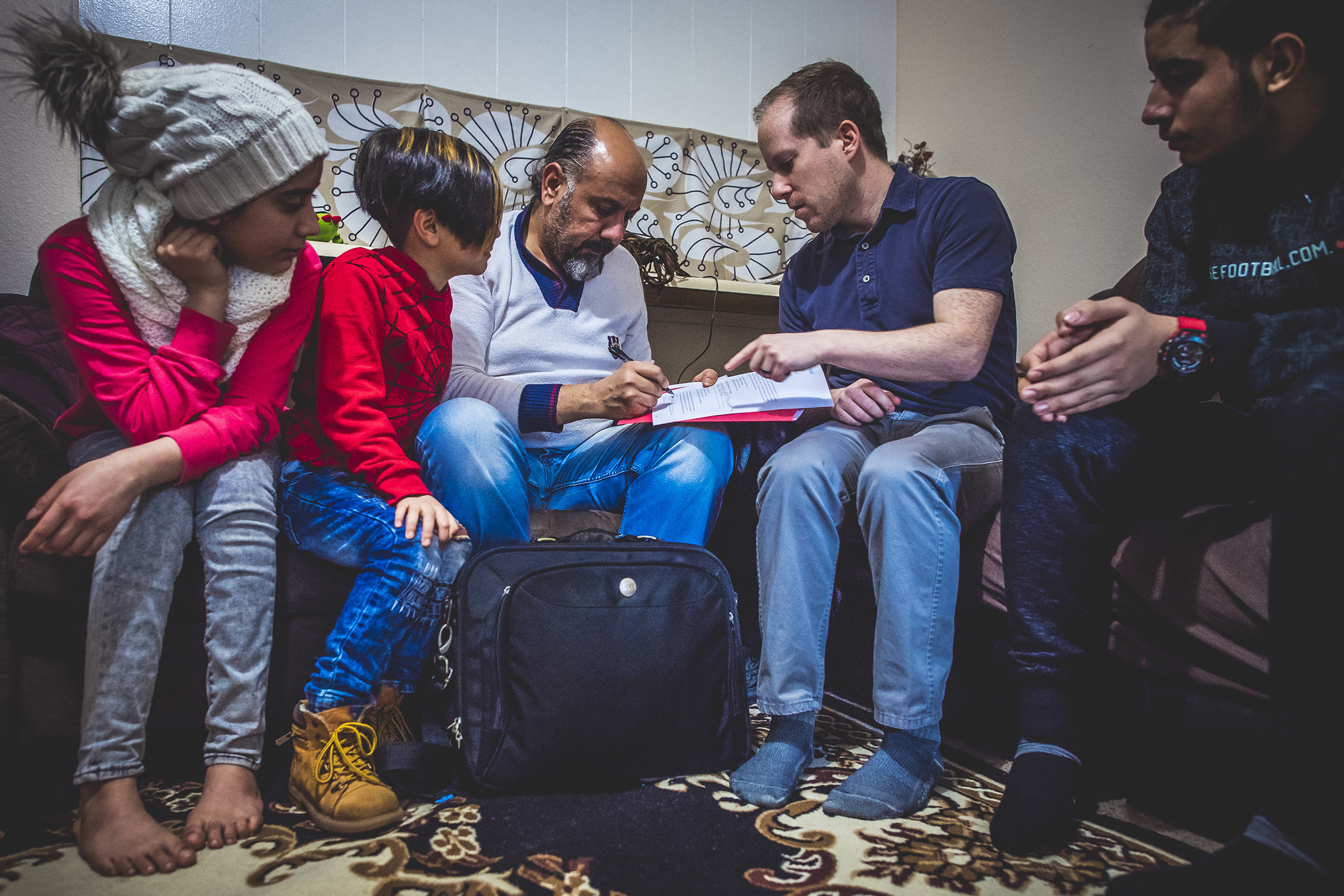 Susan Sperry, Executive Director of World Relief Dupage Aurora, has worked within refugee resettlement for over 15 years. Susan says, “The shocking thing is that many refugees we work with now have been displaced far longer than I have done this work. They are the true experts on the realities of displacement and resettlement, and I encourage you to read stories written by refugees to learn more about their experiences.

Recently, we asked our social media followers to submit questions to be answered by Susan, along with Alison Bell, Senior Resettlement Manager at World Relief Dupage Aurora. Susan notes, “Each resettlement office around the country has threads of continuity and similarity, but also a lot of difference. The responses about local programs for refugees are based on programs offered in the western suburbs of Chicago, and may not fully reflect individual local agency programs.”

Susan, can you help us better understand: Who is a refugee?

A refugee is someone who has had to leave their country and can’t return due to persecution because of their race, religion, nationality, political opinion or social group.

How does a refugee end up in the U.S. and what role does World Relief play?

Refugees are first given “refugee status” by the United Nations, which then refers groups of refugees for resettlement in countries like the U.S. With 21.3 million refugees worldwide according to the UN, the proposal that the U.S. welcome 50,000 represents .002%. The U.S. evaluates these groups and agrees to accept a certain number each year. Then each refugee must undergo a thorough vetting process including security screening, in-person interviews with U.S. officials, biometric screening and medical checks. Only after refugees pass each step will they be admitted to the U.S.

The U.S. Department of State has agreements with agencies, like World Relief, to provide services to refugees who are admitted to the U.S. Services begin from the time refugees are met at the airport as they enter the country and continue as the agency completes all of the government required services and other support services offered through local programs and partnerships.

The flow of refugees coming in has decreased dramatically in our city. Are refugee applicants still being vetted anew or has the ban stopped that?

Refugee arrivals to the U.S. have continued this spring, but have been much slower than usual. Uncertainty surrounding the Executive Order led to a pause in most new vetting of refugee applications, so everyone who is currently arriving was already approved for resettlement prior to the Executive Order.

What impact does the Supreme Court ruling on June 26, 2017 have as it relates to the 120-Day refugee resettlement ban?

Through two court cases, federal judges halted the implementation of the President’s Executive Order from March, including the 120-day moratorium on refugee resettlement. The administration appealed both cases, and on June 26, 2017 the Supreme Court agreed to consolidate these into one case and hear it in October. In the meantime, the Supreme Court is allowing for partial implementation of the Executive Order.

This means that the 90-day ban on travelers from 6 countries (Iran, Libya, Sudan, Somalia, Yemen, and Syria) and the 120-day moratorium on refugees is in effect beginning June 29. There are exceptions to this implementation; for refugees, the exceptions mean that refugees who are close family members of people already in the U.S. (defined by the State Department to include parent, spouse, child, an adult son or daughter, son-in-law, daughter-in-law, or sibling) could still be welcomed into the U.S. during this time period.

At World Relief, we advise that anyone with questions about their own situation contact an immigration attorney or Department of Justice accredited representative for specific guidance about what this means for you.

How have the policies of the new administration impacted your day-to-day work?

With the dramatic cuts ordered in the number of refugees to be welcomed to the U.S., we have lost World Relief offices and some staff expertise due to budget cuts. Our work has shifted to a greater focus on expanding our base of funding and our partnerships with churches, volunteers and community organizations. We also continue to advocate with Congress to maintain the programs and funding needed to provide the services refugees need to achieve stability and move toward healthy integration.

Are we able to sponsor refugees or refugee families directly?

While individuals and churches can’t sponsor refugees directly, they can serve as co-sponsors with local resettlement agencies to assist in resettling refugees.

Do you have any advice on key strategies countries could implement in order to create effective and inclusive communities, thereby enabling productive citizenship for immigrants?

While we don’t have specific advice for other countries, within the U.S. we highly recommend the Welcoming America initiative. This is a great resource for communities seeking to be more inclusive of immigrants and refugees. The Welcoming Pittsburg Plan is an excellent example of how these resources can be implemented.

I’ve often wondered about the children in this crisis. How many have been orphaned and where do they end up?

Over half of the 21 million refugees in the world are children. The United Nations High Commissioner for Refugees (UNHCR) aids refugees and displaced people around the world, including children. According to UNICEF, in 2015-16, over 300,000 children—unaccompanied or separated from families—were registered after crossing borders alone. They often end up in refugee camps, and face possible exploitation or abuse. The U.S. does welcome some unaccompanied children, but also makes a priority of single mothers with children as part of our humanitarian resettlement program.

How can those who live in cities that don’t see many relocated refugees best help?

There are so many ways you can help!

Can you tell us what the first year in America might look like for a new refugee family?

Refugees are faced with completely starting over during their first year, and relationships with people within their own language group and with Americans are vital to their success. During their first 30-90 days in the U.S., refugees receive services to assist them to stand on their feet. These include receiving social security cards, enrolling children in school and starting English classes. During the next three months, adults begin working and learn to pay bills, bank independently and become more familiar with American culture. The latter months are focused on becoming increasingly independent, building stronger English and working toward greater integration into their communities.

What kinds of jobs are refugees able to obtain once they arrive in the country? What if they don’t speak English?

Refugees are legally able to work when they arrive to the country, and many begin in entry level jobs in manufacturing, hospitality or meat packing industries, depending on the local jobs available. Even if they don’t speak English, many refugees are able to find their first job with the help of job placement agencies or resettlement agencies.

Similar to all immigrants throughout American history, it takes time for refugees to be fully self-sufficient. Initially, refugees are assisted by World Relief or a job placement agency to find a “survival job,” usually a low-wage job that helps pay basic bills. From there, we aim to help refugees plan toward future career and financial growth. Learning English is key to long-term financial growth, and World Relief encourages all refugees to continue learning and practicing English. Community volunteers play a key role with both English practice and employment-related networking.

What kind of social services are in place for refugees upon their arrival in the U.S.? Are these services under now under threat?

The president sets the number of refugees admitted each year, and funds for services are allocated by Congress. Once Congress drafts initial budget proposals for FY18, we’ll have a better idea of what services may be at risk of cuts.

Navigating the complexities of U.S. laws, systems and social services must be daunting for new refugees. How does World Relief help with this?

During their initial months in the U.S., World Relief takes an active role in assisting clients to apply for eligible services and provides orientation to understanding U.S. culture, laws and available services. Volunteers and churches also play a vital role in helping refugees navigate their new country. By partnering with World Relief and refugee families, they walk with refugee friends as they find their way in a new country.

Tell us about a typical day for you and your staff in DuPage. Do you work directly with refugees, or are you mostly working on advocacy and settlement logistics?

This is always a fun question to answer, because there are no typical days. Most of our staff works directly with refugees and immigrants, and days may involve the following: home visits; appointments with clients, volunteers or government offices; coordinating service logistics for newly arrived refugees; cultural orientations and trainings; completing paperwork and case notes; and inter-office service coordination. We always engage in a lot of problem solving with the many stakeholders we work with.

What other organizations are working with refugees here in the U.S.? What distinguishes World Relief from them?

There are nine organizations that resettle refugees in the U.S., and many others that serve refugees once they have arrived. Like World Relief, many of these organizations are faith-based and work with volunteers. World Relief is the only evangelically-rooted resettlement agency whose mission is explicitly to partner with local churches to serve the vulnerable.

Do you do any work with refugees in their home nation before their arrival in the U.S. in terms of preparation and education? Do you work in refugee camps?

While World Relief does work in several of the countries either producing or hosting refugees (including Jordan and South Sudan), we do not have an active role in these locations preparing refugees for U.S. resettlement.

What is the most important message you want to convey about refugees here in the U.S.?

I have gotten to know Al, a volunteer who came to the U.S. as a refugee from Iraq, and often speaks at events with World Relief. Al’s response to this question sticks with me: refugees want the same things we want. They want peace, freedom and safety. They want to contribute to their new community. They are fleeing the same type of violence that we are afraid of, and they care about the refugee program being safe and secure, just like U.S. citizens do. Above all, they want to build a good life for themselves and their families, and hope for good things for future generations. 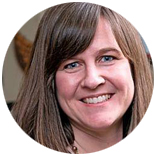 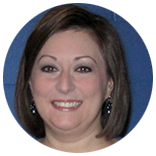 Alison Bell serves as the Senior Resettlement Manager for World Relief DuPage/Aurora and sits on the Illinois Human Trafficking Task Force. With a BA and MA in urban studies, Alison oversees social services and case management for refugees, asylees, and victims of human trafficking served by World Relief throughout DuPage County.