Kenya Update: On the Horizon of Hope in Turkana 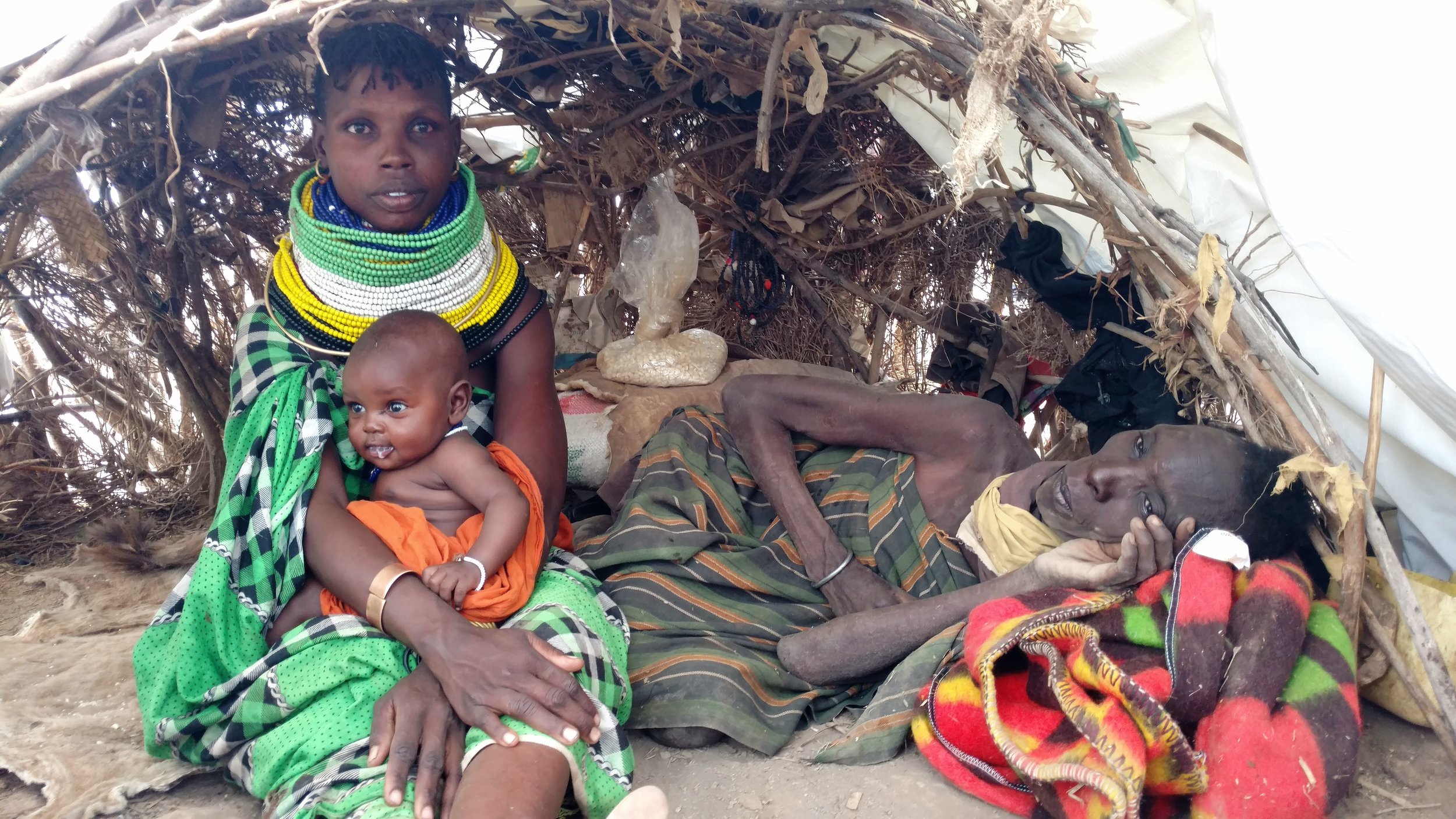 With millions of people on the brink of starvation, Africa is facing the largest food crisis since 1945. While antecedents to the people’s hunger vary based on their specific context and location, one of the contributing factors to the hunger in Kenya’s northern part of Turkana county has been the lack of significant rainfall over the last two years.

A Land of Beauty, Resilience and Need

Turkana county, where I recently visited, is a land of beauty and resilience. Its vast, low-profile landscape set amidst the arid and extremely hot climate of Kenya sits along the longitude of the Equator and is sparsely populated by a pastoralist and semi-nomadic people, living off the land and their animals. Colorful beads layered around the women’s necks, bodies wrapped in vibrant material, and tiny hats sitting atop the men’s heads, distinguish their ancient culture’s traditional fashion from the skinny jeans worn by hipsters in modern cities around the world.

World Relief, has been on the ground in Turkana since 2011 when the region experienced its last food shortage. At that time, childhood malnutrition had reached one-third of the population. Through mobilizing networks of churches and local leaders, as well as through coordinating supply chains, that number was cut in half.

Now, in spite of our collective efforts to prepare the region to endure famine-like conditions, that number has once again skyrocketed to over 40 percent of the population. The lack of sufficient rain has simply lasted too long.

Two Girls and Their Goat

In an emotionally gripping moment during our team’s recent visit to the area, we came across two young girls, no older than 10 years old, who wisely stopped on the side of the road in order to slaughter their family’s goat before it died and the meat became inedible. We watched as these sisters worked together and harvested the meat to take back to their family. I couldn’t help but think about my 10- and 11-year-old sons and how they and their peers’ average day in the U.S. compares with the stark reality of children in Turkana. And yet these girls exhibited their strength, wisdom and capacity while carving away the fur of the goat, carefully organizing the goat’s skin, bones and meat into resources to be used in their own right, nothing wasted. Unfortunately, more than 60 percent of the region’s goats, sheep and cattle have succumbed. And the people know that when they’re animals die because of the dire conditions, that they are next.

Mama Lobek and her surviving five children are victims of the food crisis in Turkana North as well, and like other pastoralist families in the area, the drought has killed their goats and completely destroyed their livelihood. Lobek’s husband abandoned them years ago when she experienced some illness, leaving her as a single mother to both provide and care for the family. And now with the current environmental conditions, Mama Lobek is starving.

Months ago, Lobek and her children walked for days from her home village to reach Nakitoekakumon. Even though she had no family there, she thought the family would be able to find food because it is a bigger village. The first day she arrived, she met Ngasike. Ngasike saw how the family was suffering and was immediately moved to help them.

Asked why she took in Lobek and her family, Ngasike replied “I had compassion for Lobek because I am a Christian and because I was an orphan myself.  I have suffered before, and I know what it is like.”

But Ngasike is also a victim of the drought and has limited resources, herself. She runs a very small shop, selling some small goods to her neighbors. “When I sell something, I am able to buy food for Lobek.”

A mother of four children and supporting others in need, Ngasike worries that she won’t be able to provide for them all.  “When I don’t sell anything, I am not able to purchase additional food because I am fearful my children will go hungry, too.”

At this stage of chronic undernourishment, Lobek is able to talk and to stand, but not much else. “It is only hunger that has made me sleep like this,” says Lobek. Still struggling to get food, she now weighs less than 84 pounds. Ngasike has committed to continue caring for Lobek until she recovers or until she dies, a likely outcome due to the food crisis in Turkana North. Of course, both women hope that doesn’t happen. “I will accept God’s will for me, but I hope to see my children grow up” says Lobek.

On the Horizon of Hope

Through our work on the ground and with our local church partners, both Lobek and Ngasike were recently enrolled in World Relief’s project for emergency food assistance. Soon they will start receiving a small monthly stipend, designed to help vulnerable families like Lobek’s and Ngasike’s decrease hunger in their households.

Also, some rain has fallen in Turkana North during the last few weeks. While it created temporary flooding because the ground was too dry to soak in the rapidly falling rain, thankfully the people in the region have experienced a bit of relief from the water. Still, the rain that came was not enough. With dry weather and food crisis conditions expected to remain through the rest of the year, limits to available resources will determine how long these families can be assisted. Ultimately, with increased funding, World Relief could expand and extend the food assistance project, and is committed to recovery activities toward the end of the crisis to help people re-establish their livelihoods and regain self-sufficiency.

Where do we go from here?

In the West, it can be easy to operate out of the busy pace, be consumed by social media, the news, the divide in our country, and forget that people across the world don’t have access to basics like food and water. Hearing first-hand accounts of the reality on the ground in places like Turkana North can be overwhelming and leave us to wonder if there is a way to make a dent in the enormous need from an ocean away. Admittedly, I have never felt the helpless ache of true hunger, wondering in desperation if I would ever eat again. I have never looked into the eyes of my wilting children as they wonder why I won’t feed them. This is the reality of the unearned privilege that most of us reading this were born into.

The question now becomes, what is our collective responsibility? What should our response be?

The first answer to that question must be to spread awareness. In this time of political division, soaring rhetoric and accusations of scandal, it’s difficult for any message to break through the noise. This is understandable, but unfortunate nonetheless. And still, we must find a way to spread awareness. That starts with each and every one of us.

Secondly, this can be an opportunity for all of us to lend a helping hand. World Relief is working around the clock to serve Turkana’s most vulnerable, but the truth is that humanitarian efforts in the region are vastly under-resourced. There is so much more that could be done to deliver lifesaving essentials to those who need it most if we only had the means to do so. I would encourage everyone reading this to consider giving, if and when you can.

Thirdly, we can put pressure on our leaders in Washington and at the UN to step up their response to the crisis. USAID-OFDA and the UN’s humanitarian operations are unequaled in size and scope of funding, and they are instrumental in resourcing and coordinating local NGOs with staff on the ground in affected areas. The more our collective attention is on Africa; the more they see news reports and articles about the crisis; the more people are talking on social media; the more likely they are to act with urgency.

It is important to stress that the people of Turkana North are highly self-sufficient people. They aren’t looking for handouts, yet many have come to the painful realization that if the rains continue to fail them, or if outside help doesn’t come quickly, they simply won’t make it. But because of World Relief’s long-term commitment to the people of Turkana North, our objective is to see them through to recovery.

To learn more about the food crisis in Kenya and Africa at large, visit this page, and consider donating to further our capacity to change the trajectory of children, individuals and families in Africa. 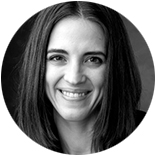