We are still human beings

by Lynne HybelsIt is Sunday morning before church. If we left Congo today, we would feel that we have received what we were meant to receive on this trip. Undoubtedly, we will receive more in the days to come, but it will all be bonus. Yesterday, we fell into the pure center of why we came.

In the simple sanctuary of the Baptist Church in Kiwanja, we sat in a circle of women. One after the other, eleven women who have survived brutal rape trusted us with the details of their stories. These women, aged eight to fifty-eight, had been raped by uniformed soldiers, armed rebel militia fighters, or “bandits.” Some were raped by men who broke into their homes at night, but most were attacked when they went into the forest to collect firewood they could then sell to buy food for their children. 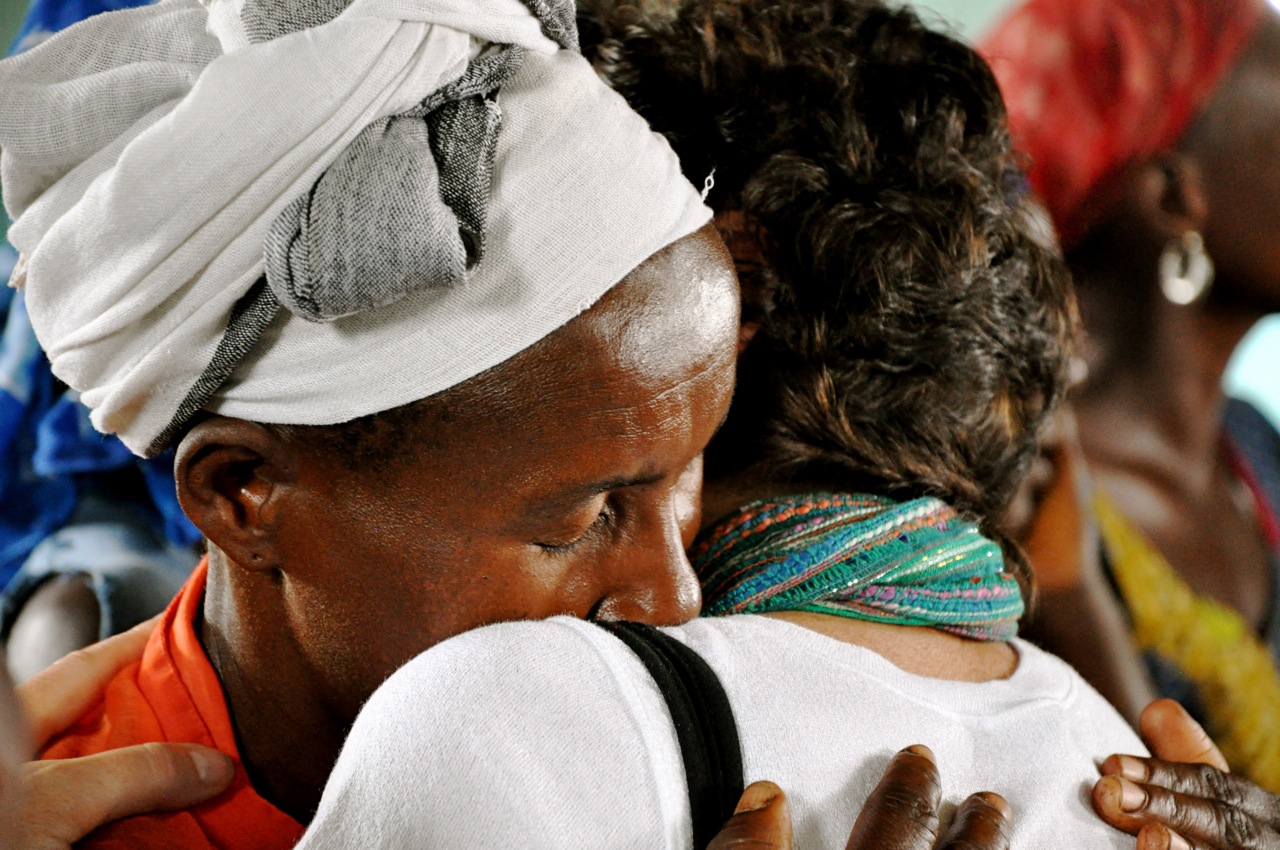 Most were widowed; some saw their husbands killed by the same men who raped them. An eleven-year-old girl tried to cry out against her attacker, but the man said, “If you cry, I’ll kill you. I killed my mother and I’ll kill you.”

We have beautiful photos of these girls and women who have been lovingly and wisely cared for by counselors empowered by World Relief. In time, we will tell the details of their stories, but not until we’re sure we can do that without endangering them further or violating their trust. They want their stories told to the world, but for their welfare we must do that carefully.

It was holy time we spent with them—in fact, it was beyond holy. To be trusted with the suffering of one person is holy. To sit in a circle and receive the gift of the suffering from so many is beyond words.
At the end of our time together we knelt before the Congolese women as they sat on a long wooden bench. We joined our hands with theirs and prayed for them. To touch them and pray for them felt like a high privilege.

If you have followed our Congo Journal you know that one of our prayers was that somehow our community of ten would create a space of healing for the women we would meet. In a small way, I believe that prayer was answered. One of the last women to speak was also one of the oldest, slight and delicately featured. Before she even began her story she said, “Thank you for coming here today. You have reminded us that we are still human beings.” 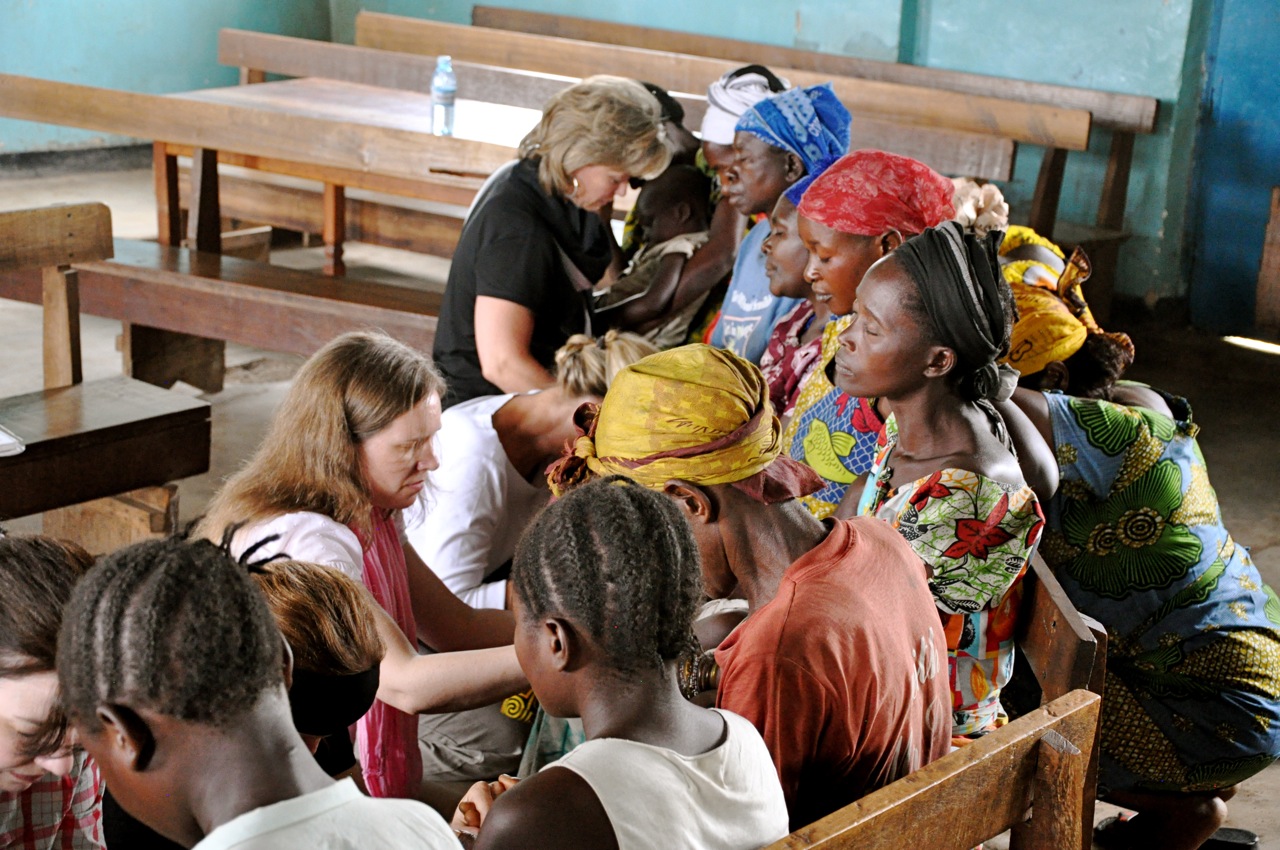 We’re all still kind of a mess after yesterday. After worship in local churches this morning, we’ll have time to think and pray and talk through the holy moments of yesterday. In the meantime, I feel trapped in the disconcerting paradox of joy and sorrow. Joy because the women we met have been lovingly cared for. We also had the joy of witnessing the positive transformation in the demeanor of each woman as she spoke and knew she had been heard. But, oh, the sorrow, the anger and the despair we feel as we think of the many, many others like them who have never told their stories and have not yet received the help that can lead them toward healing.

For them, we weep. 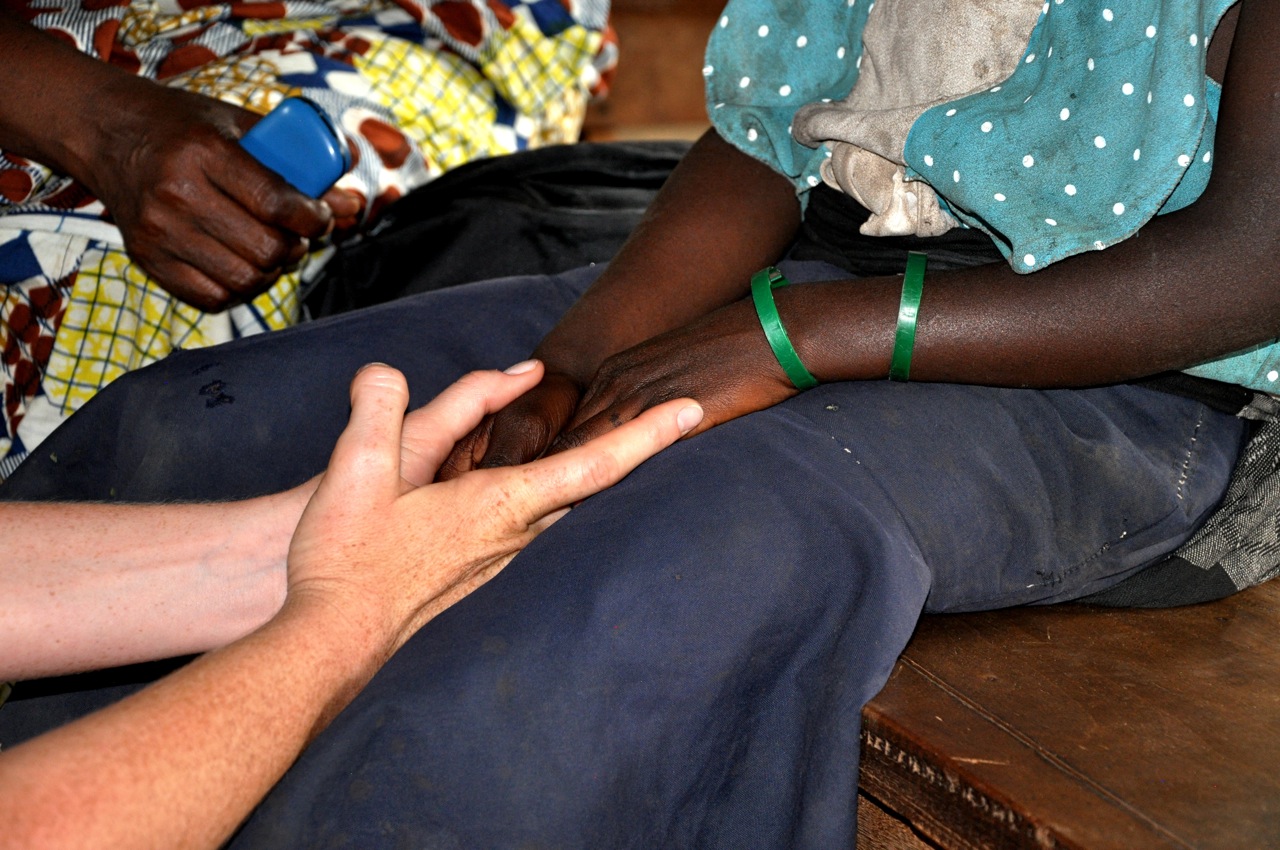 Follow Lynne and the Ten for Congo team at www.lynnehybels.com and www.belindabauman.com.