A Truth We Cannot Keep for Ourselves

Theo was keeping a secret from Lydia, his faithful wife of four years. He’s a good and decent man, an employee at World Relief Rwanda. He’s a dynamic communicator, a man committed to his church, his work and his wife. So what was Theo hiding?

It wasn’t an infidelity or even an indiscretion. He hadn’t lost money gambling or stayed out too late with his friends. He hadn’t disrespected his wife in any blatant sort of way, so what was this secret he was keeping? What couldn’t he bear to share with his wife? It’s likely not something you ever would have guessed.

You see, Theo’s secret was that he was attending a class — a training at work on gender equity — designed to help our Rwandan staff gain a biblical understanding of how men and women are created equally and can, and should, lead together. The training is one of the many tools we use in our work against violence and oppression across the world to emphasize the truth that all people are created in God’s image.

Even though gender equity is biblical, in the countries where we work, most people, like Theo, believe that women are not created equal to men and that only men are qualified to hold leadership positions. This makes it difficult to talk with local church leaders about the importance of including women in leadership roles, and even harder to encourage women to take on these roles in our programs given many of them hold this same view themselves.

It’s for this very reason that we piloted the training on biblical gender equality with our Rwandan staff this year, and why in 2020 we are rolling out gender equity training to all of our staff. We train our staff first because we know that God’s word can’t be powerful through us until it is powerful within us. And we also know that if we are asking our staff to help people break free from damaging cultural norms and behaviors, we have to arm them with God’s truth — the truth that all people are equally deserving of worth, dignity and respect.

For Theo, this truth led to a difficult realization as he began wrestling with the idea that his long-held cultural beliefs about women didn’t hold up in the light of God’s word, neither at work nor within his home.

Like most men in Rwanda, Theo believed that he was meant to be in charge at home and that his wife was meant to serve him. He controlled all of the money and made unilateral decisions. Lydia often had to beg Theo to give her money to buy propane for cooking, which was humiliating for her. On the few occasions she spoke up with an idea or questioned one of Theo’s decisions, he rebuked her for not being submissive to his leadership.

But after attending and reflecting upon the training, Theo decided to make some changes in his marriage. At first, he was too embarrassed to tell Lydia why he was making these changes. He felt ashamed of how he had been treating her and wasn’t sure how to bring up these new ideas.

So, Theo started helping Lydia in the kitchen. He began asking her opinion about household matters and inviting her to make decisions with him. Theo even learned how to make tea for visitors and began cooking for their son. And while all of these changes surprised Lydia, nothing shocked her more than when Theo began to wash the dishes. Never in her life had she seen a man do dishes!

That’s when Theo knew he had to tell Lydia the reason for all of these changes. He told her about the training and about how God had opened his eyes to new truths and convicted him that the way he had been treating her wasn’t how God intended a man to behave. Then Theo took a giant leap of faith — he invited Lydia to join him at the next training so she could learn this truth for herself.

“The best thing Theo did was invite me to the training,” Lydia said. “I learned that we are equal and we have been created equally. This truth has liberated me.”

Jesus promised that we will know the truth and the truth will set us free. That’s why we use God’s word as the basis for all of our programs at World Relief. We have seen time and time again what happens when the truth of God’s word penetrates people’s hearts. Deep and lasting change occurs within individuals, it overflows into families and changes entire communities, just as it did with Theo and Lydia.

Both Theo and Lydia agree that they can’t keep their newfound knowledge to themselves.

“I think we need to share our testimony and knowledge with other couples,” Lydia says. “It is a truth that we cannot keep for ourselves.”

A Future of Flourishing

As the truth of biblical equity takes root in more people’s hearts and minds, more women are empowered to rise up within their communities and lead within our programs. And when women are able to take on leadership in areas like health and nutrition, savings, agriculture and church empowerment, holistic transformation begins.

Men stop beating their wives. Young girls stay in school and avoid early marriages. Women gain access to capital to start their own businesses and become self-sufficient. And survivors of rape receive help and support rather than being shunned by their communities.

What’s more, a generation of young girls sees a new way of existing, encounters role models and gains a vision for what their lives could mean. The cycle of oppression begins to break and women and girls are ushered into the fullness of life that God intended for them all along.

At World Relief, we know that this fullness of life is available to all people — regardless of their gender, skin color, country of origin, tribe or faith — when they are viewed as image-bearers of God.

Every day, we have the privilege of watching the radical concept of Imago Dei transform broken relationships and end violence & oppression in so many of the communities where we work. Individuals change. Marriages improve. Families stabilize. Peace descends. Communities thrive. Churches flourish. And through it all, God is glorified. 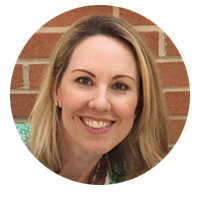 Mary Milano serves as the Director of Fundraising Content at World Relief.