The Greatest Recovery Effort Yet 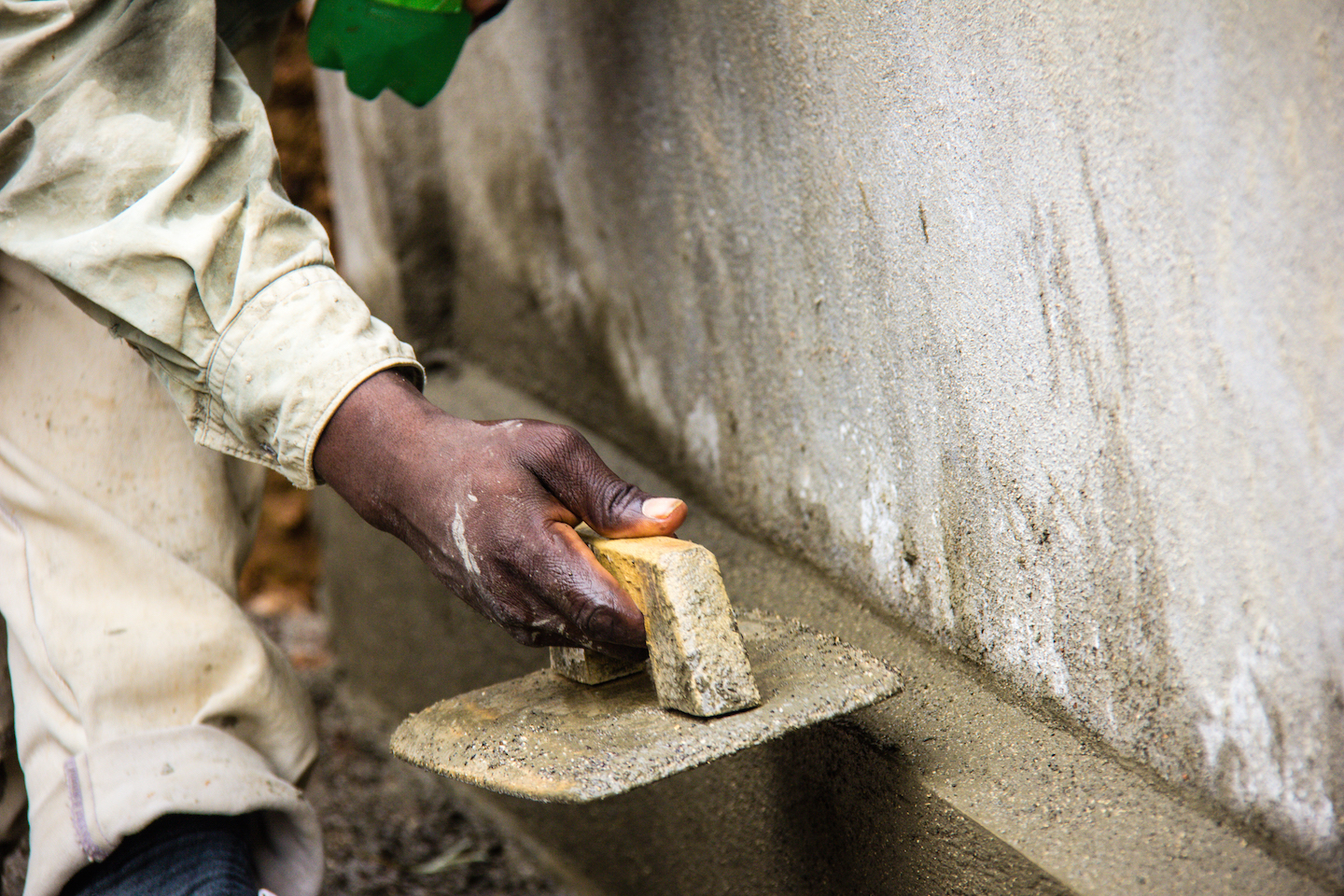 Joseph Bataille serves as World Relief’s Haiti Country Director. Born in Port-au-Prince and raised in the US, he moved back to his native country after college to work with NGOs and churches as they assisted the vulnerable. The following is his personal account of the devastating earthquake that shook Haiti to its core 5 years ago today as well as the hope he sees in his homeland.
I was in the bed of a truck when the ground started to shake. There was a magnitude 7 earthquake going on, yet I hardly noticed. This is partly because I was somewhat distant from the epicenter, but it is also because the “taptaps” that I commuted in to and from work always passed through numerous rough spots. Sometimes they cannot avoid the larger potholes strung along the road. I was used to bracing myself for a little bit of shaking. Aside from that, I had my headphones on and my eyes were closed as I was praying… for my workplace, for my church, for myself, and for the nation.

Then I noticed that the shaking lasted longer than I was accustomed to. I paused my prayer and I opened my eyes to see what was going on. That’s when I noticed that the taptap was actually stationary and I could see a cloud of dust all across the horizon. I had just been in an earthquake. My first reaction was to send a message home, but all communications had been cut off. All I could do is wait to see for myself how everyone fared.

I soon learned that everyone at home was fine. So was my workplace, so was my church, and so was I, but the nation, well, I was confident that God would help us to recover, and perhaps even build back better.

As I worked to lead my church’s relief effort, the days that followed passed like a blur. This was the first time that I had been in a place that was in a 24/7 state of emergency. Setting up emergency clinics, running logistics between several organizations on the ground, dispatching our local Scouts for rescue and clean up missions, organizing the transport of certain victims to a hospital on the Dominican frontier, translating for foreigners. I had my hands full at all times.

In those days I saw and heard of more tragedy than I cared to. Dealing with major injuries and amputations became normal, and I grew accustomed to the stench of cadavers hidden under piles of rubble that were yet to be removed. But perhaps the greatest tragedy that I witnessed was the sense of helplessness that I observed among many of my countrymen. I recall seeing several smaller camps with signs painted in broken English “We have no ting,” “We need help, plese!”

While I can tell you many stories of local heroes, I was sad to see that of all of the people who could have given a hand to the relief effort by volunteering their time, their skills, or their knowledge, the vast majority of us “took our place” in tent camps, waiting for someone else to save them and their countrymen. It was almost as if we were used to this role-play from the many tragedies of the past. This, for me, was most tragic.

After the earthquake, World Relief responded rightly with food aid, temporary and permanent shelters, and with efforts to reach out to orphans and vulnerable children. We gave unnumbered thousands of people a much-needed boost back up onto their feet. After five years of recovery, most of the people that we have helped are now back to a sense of normalcy.

If you read the current news about the earthquake relief effort, most articles remind us of the vast amount of physical work that remains to be done. There are places where rubble still remains; there are tens of thousands still living in tent camps and sanitation remains an ongoing problem. However, hundreds of thousands, if not millions, are still living with a spirit of helplessness and dependency. This is where World Relief has chosen to focus our efforts.

Tomorrow we will hand over the keys to twelve brand new houses to twelve families in our Orphan and Vulnerable Children program. This is the last official earthquake-related effort on our agenda. From here on out we will be building the hearts and the minds of the ones who God has called to transform this nation. By this, I am speaking of the Haitian people, a nation with thousands of heroes-in-waiting.

This year we will continue our efforts to help small farmers to build up their livelihoods in order to increase their self-sufficiency. We have also chosen to spearhead two new and exciting programs that will help to rebuild the foundations of two of the nation’s most fundamental institutions: the Church and the Family.

In some of World Relief’s other countries of intervention, the Church Empowerment Zone has proven to be effective in uniting churches across a region as they work together to accomplish God’s call to preach the gospel in word and in deed. Through this program, we hope to help churches across the nation to take their rightful place as agents of spiritual, social, cultural, and economic transformation. We want the Haitian community to look first to the church when they look for agents of sustainable development in the nation.

Finally, the family is the building block of a society, and it is the very first institution created by God. By transforming families, we can begin to touch all of the underlying issues in our society, changing the state and the inheritance of the next generation. This is what we hope to do through our Families for Life program. By working in collaboration with the thousands of churches in our network, by building on the successes of many of our former programs, and by working alongside a number of local partners, World Relief hopes to spark a nationwide movement that will transform the life of the Haitian family for the current and the next generation.

In 2010, I was in the back of a vehicle on the outskirts of the epicenter of a disaster. This year, with World Relief, I have the privilege of taking a front seat in the most important “recovery” effort yet: the recovery of Haitian dignity, hope and responsibility.

Haiti faces a great number of challenges, but we at World Relief are very hopeful. Not only do we see and affirm Haiti’s beauty, significance, and potential, but we have also witnessed and can testify that Haiti’s “light” is already here. The light that can dispel the darkness that covers this nation is in the Church of Jesus Christ, which is alive and well here.

The mission of World Relief in Haiti is to help the light of the church to shine brightly. We seek to support the Haitian church in such a way that its light takes its rightful place up high, for all to see, not hidden under the basket of our organization’s accomplishments. In this present darkness, the Church of Haiti will shine, and God will get the glory.

“…Let your light shine before others, so that they may see your good works and give glory to your Father who is in heaven.” – Matthew 5:16