Driving through Port-au-Prince after the earthquake on January 12, meant seeing every version of brokenness imaginable; collapsed buildings, flattened cars, and streams of people ready to tell their stories of loss. World Relief Haiti with its staff of over 40 national employees did not escape the trauma.
Befriending the staff meant entering into their stories.  World Relief’s building collapsed during the earthquake and one of the pretty, young program managers, Nerlandé Pierre, had to be dragged out, thankfully suffering no permanent damage.

Fougeré, a driver for World Relief, tried to describe the horror of Jan. 12 and its aftermath.  He told me on one long drive that he had vomited every day for a week, that he was unable to think or function several weeks, and that he had to pass a building where his friend, trapped, called out to him until he died. Fougeré could do nothing to help him.  Foungeré’s family was left without a place to live, especially difficult as he has a handicapped daughter. 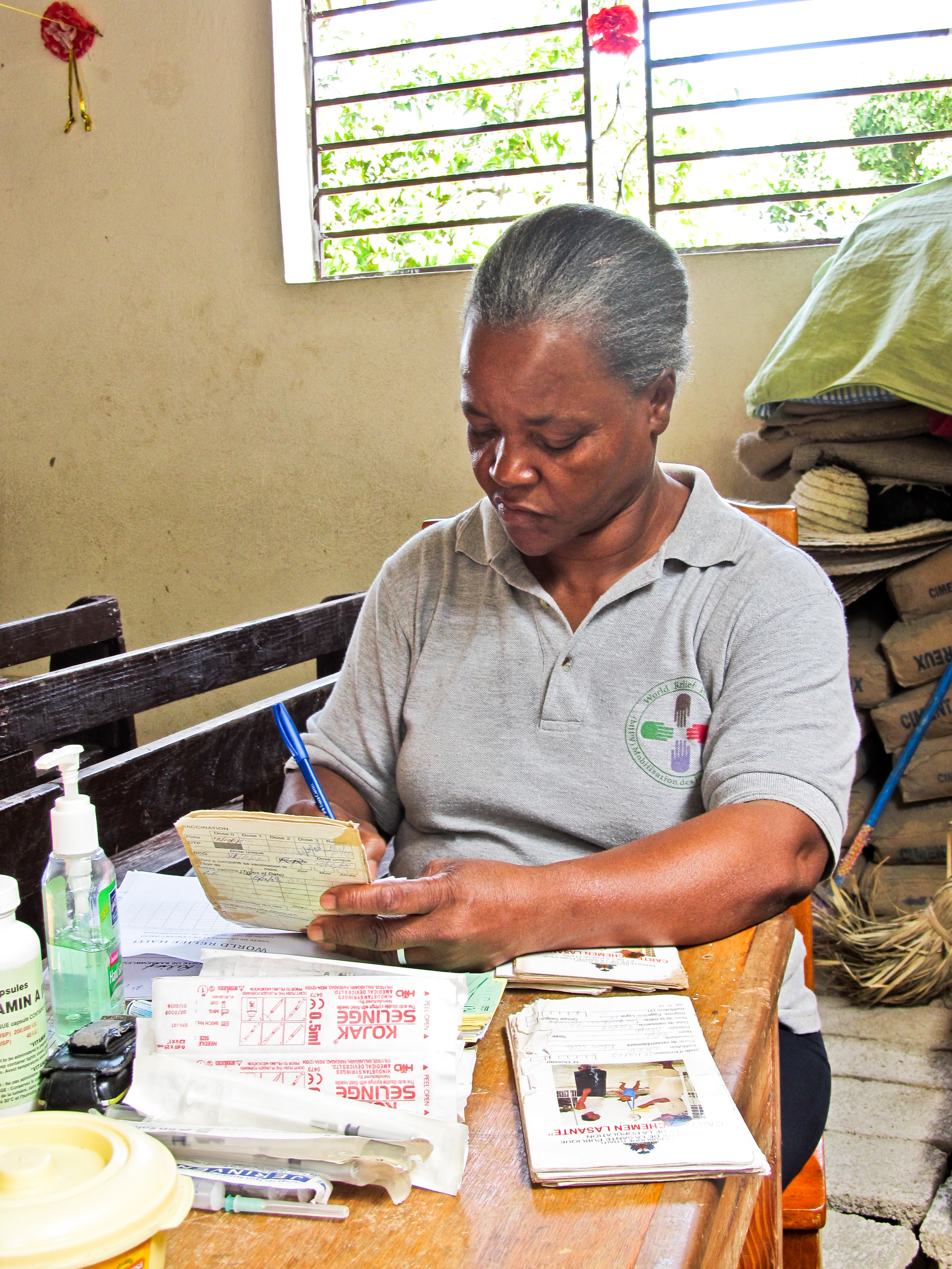 Madame Elima, the employee who has worked the longest for WRH, lost her oldest daughter to the earthquake. This daughter was in her last year at a Haitian university.  I heard that Mme Elima and her three small adopted children lived for a time in a tent on the median of a busy road.

However, there are signs of progress.  Though articles abound on the mismanagement of aid money given to help Haiti and the tragically slow progress, many of us who live there day to day see progress everywhere.  Fewer streets are impassable due to rubble. Buildings have been repaired or taken down and the materials used to rebuild.  Haitians are healing and moving on.  Last year, every church had a memorial service on Jan. 12th, and the beauty of standing room only congregations with candles in their hands, praying, brought hope like nothing else. 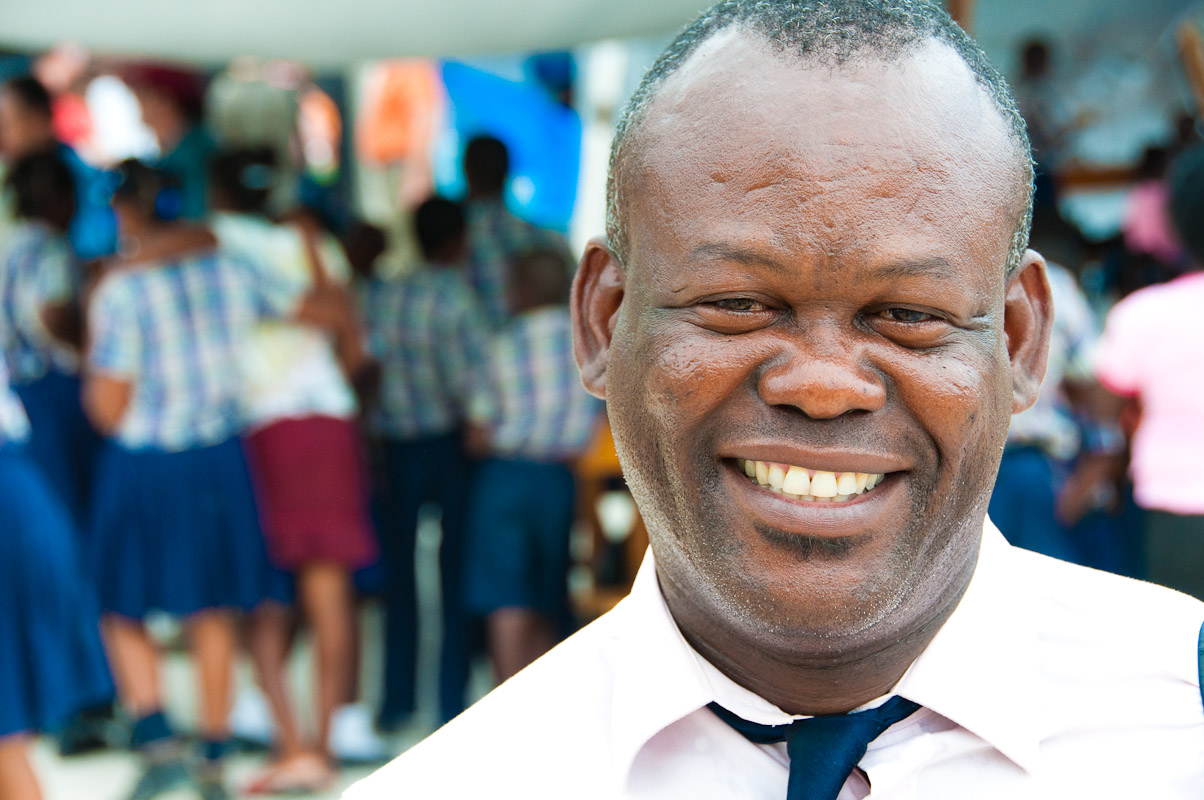 I look at World Relief Haiti and am so encouraged by the nearly one million coffee trees planted in Thiotte, the houses built in Leogane, the wells giving water to hurting communities. Carrefour Feuille has a school now, built by WRH.  Our staff of over 40 continues to strategize on how to reach the most vulnerable through a network of churches.  Many are committed on a small or large scale – Haitians and ex-pats – to rebuilding Haiti.  Many are thoughtful and compassionate.  No one is foolish enough to imagine that Haiti is “out of the woods” or that there are not enormous and complex problems needing years and the gospel to address.  We know that partners around the world will not forget the long-term commitment necessary which was so evident just after the earthquake two-years ago. 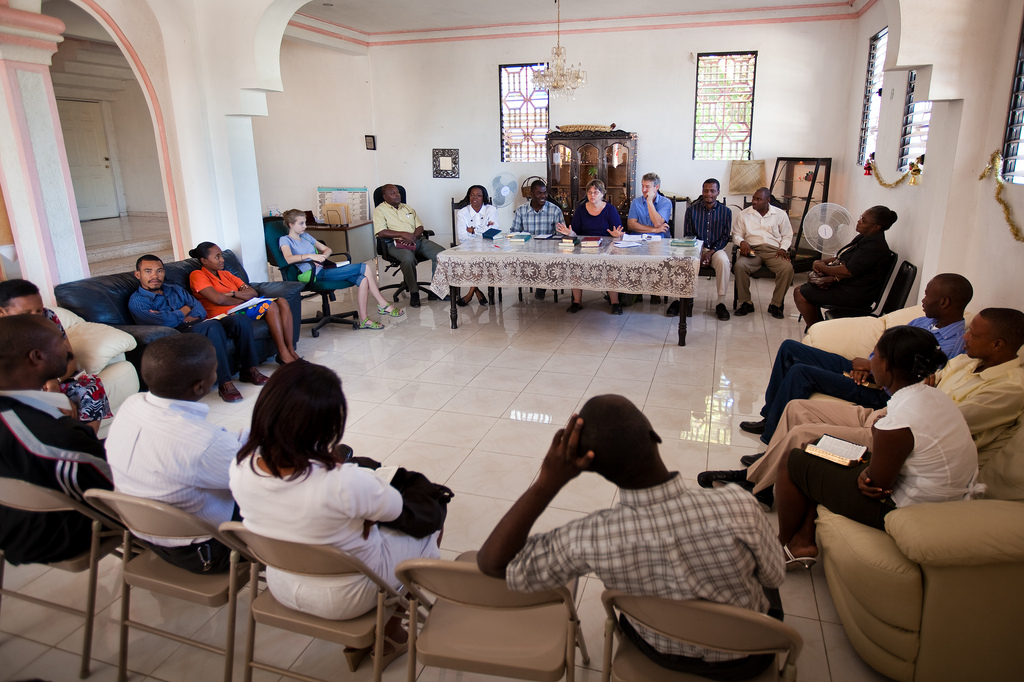 Nerlandé, the program manager in charge of OVC, Orphans and Vulnerable Children, just married and the staff went to celebrate with her. She will not forget her time trapped in the rubble of the old World Relief office, but she is joyfully starting a new life. Recently, Fougeré built a small house on some land he bought a while ago and has moved his family into it.  Mme Elima, a faithful and respected worker for World Relief, has housing now and continues to diligently serve the children at 40 churches giving vaccinations and health advice.