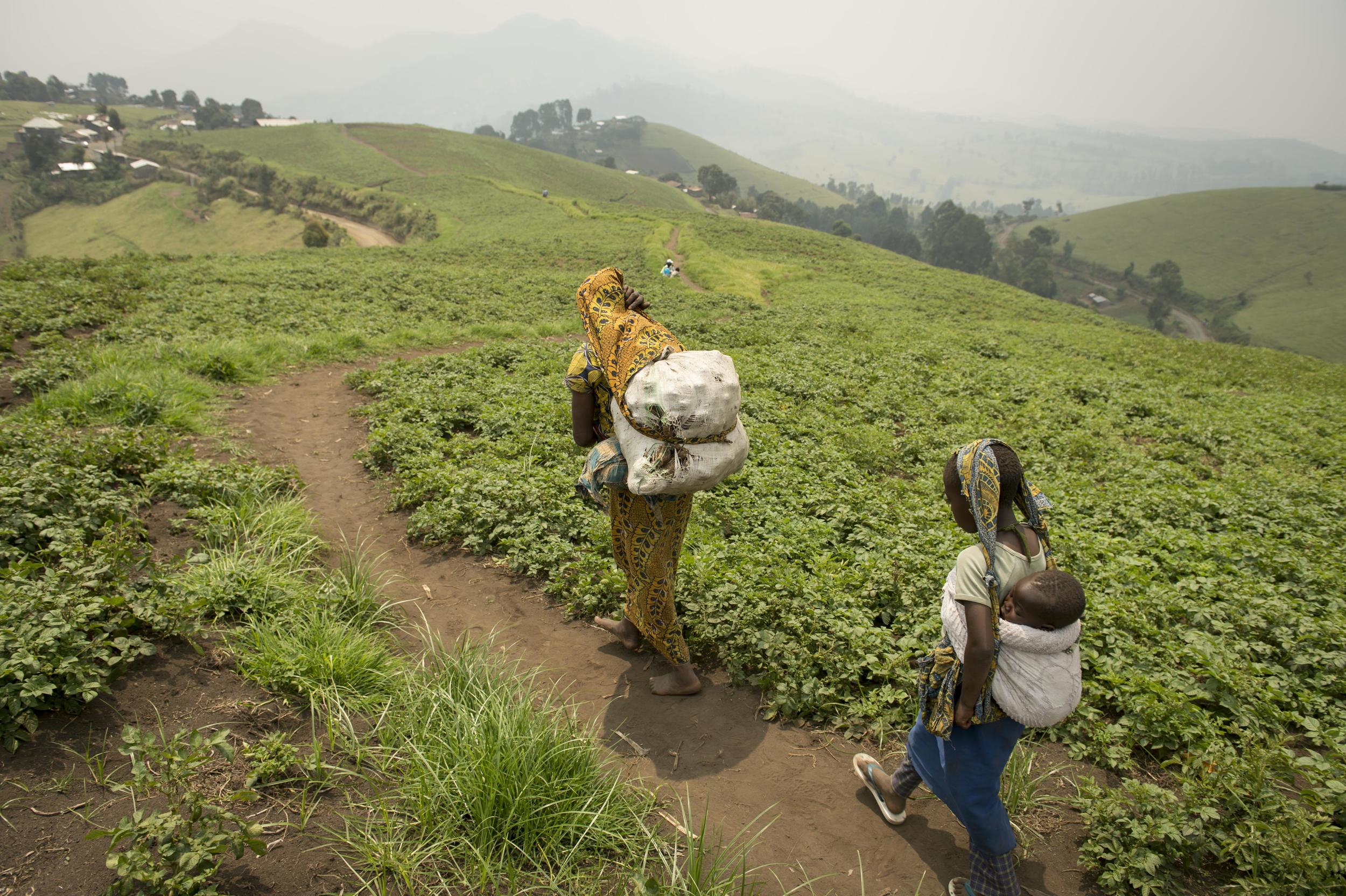 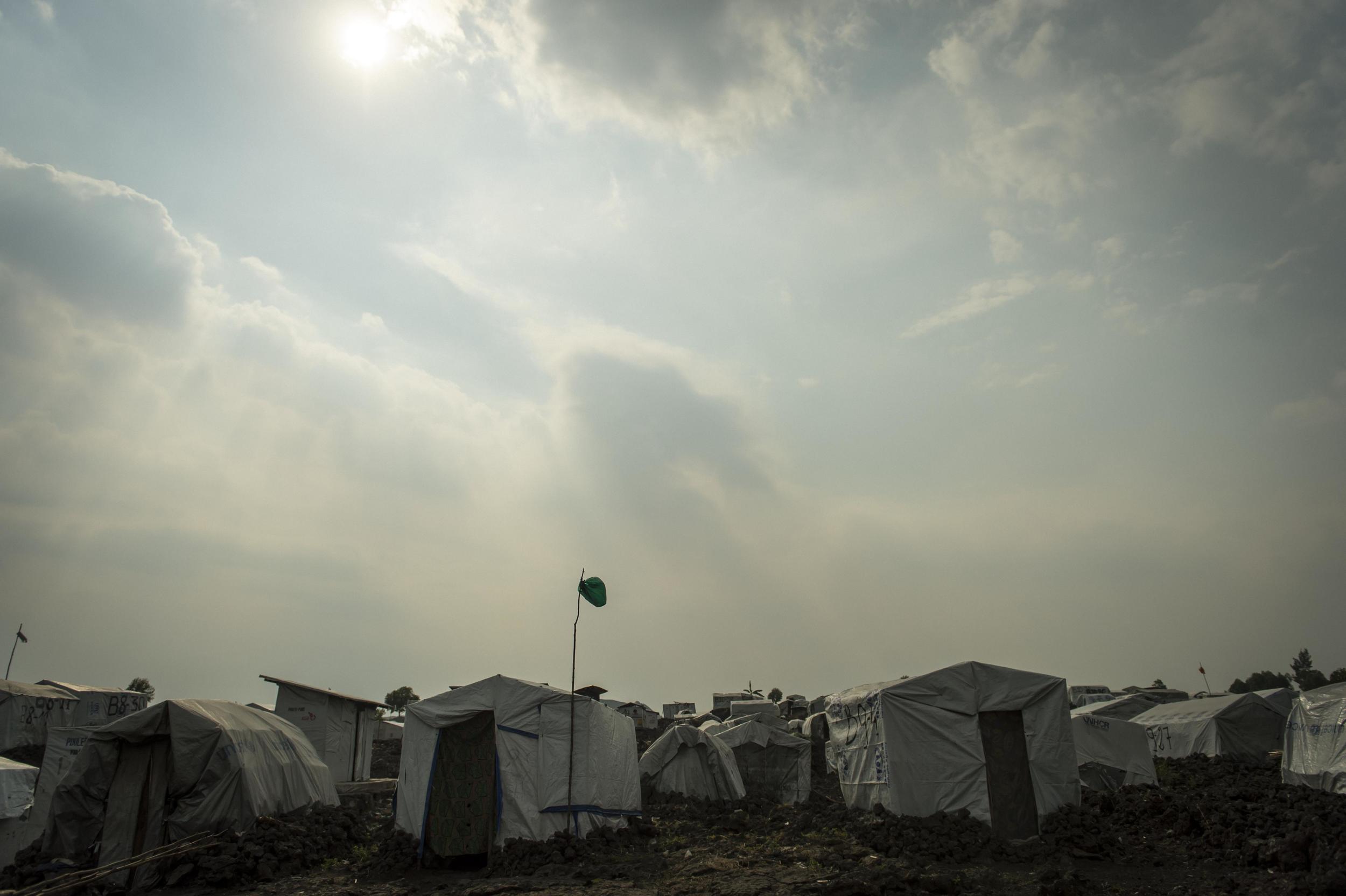 After years of violent warfare, a fragile peace shrouds the beauty of the Democratic Republic of Congo – but this peace is often shattered as conflicts continue to flare up. Over 2 million Congolese women, men and children have been forced to flee across their country, and more than 400,000 have sought refuge in countries like the United States. Both here and there, World Relief is committed to walking with the Congolese people as they rebuild their lives alongside local churches. When fighting broke out in Christine’s village in eastern DR Congo, her family had no choice but to flee into an overcrowded camp. Here, food shortages threatened Christine and her five children every day. And when they finally returned home, hunger came with them. Everything they’d owned was gone.

But Christine’s hope began to grow when she joined a World Relief farmers’ association. Here, she was trained in the latest agricultural techniques and studied God’s word with other farmers. And after the sale of her first harvest, Christine’s profits changed her whole family: for the first time, they were able to eat three meals a day. Her two daughters attended school. Christine purchased a new roof to cover their home and saved up seeds for next season. After years of chaos, stability slowly returned to their lives.

“For all of these things, we praise God for his blessings,” Christine said.

Phenias and Jacques’ journey began much like Christine’s – violence forced them across the border into a refugee camp in Rwanda. Here, they raised their eight children, but the tent they lived in was not home. When they were resettled into the US by World Relief, Phenias and Jacques looked forward to living in a place of stability and opportunity – but they’d also face great difficulty. Once again, they’d leave home and adjust to a brand new language, culture and lifestyle. 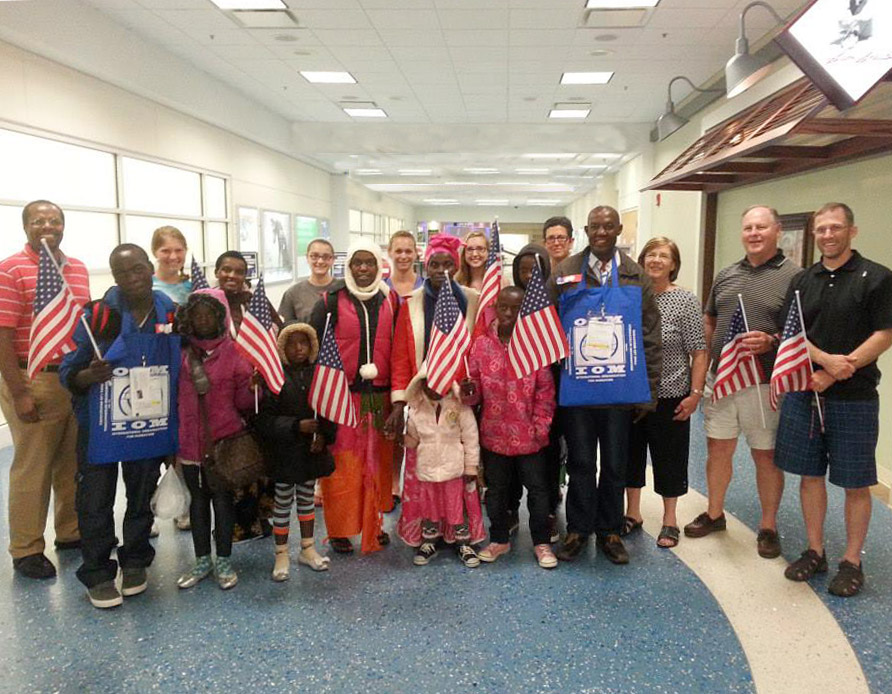 After several years of living in a refugee camp and 35 hours of flights, volunteers from churches near and far welcomed this Congolese family in their own language. When they reached their new apartment, Phenias and Jacques got down on their knees and sang a song of praise to God. He had fulfilled his promises to them, and at last, they were safe. They joined a community of fellow Christians and refugees who would walk with them through the challenging transitions ahead. Now, Phenias and Jacques await the day when they can warmly welcome other refugees into their new homes.

In the US, DR Congo and beyond, World Relief works alongside the local church to provide trauma healing to survivors of war, prevent conflict, reconcile relationships and restore livelihoods. The love and justice of God have no borders – and that’s why we’re standing with the most vulnerable both here and there. To learn more about how you can welcome refugees from countries like the DR Congo, get in touch with one of our US offices.