Here…is the poorest village in Turkana 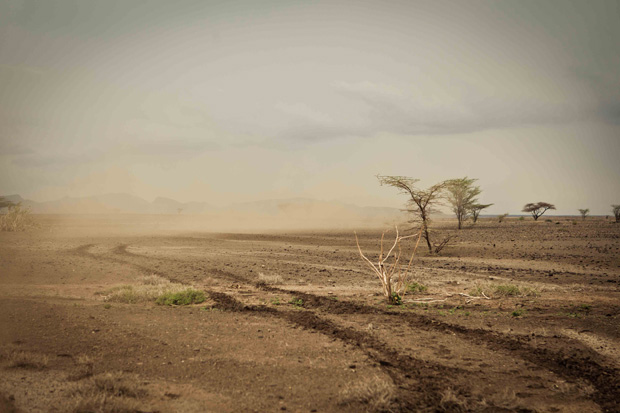 Much of today was spent in the car, bouncing and jostling our way across the vast and sometimes desolate plains of rocks and dust in northern Turkana. Our intention was to detour to a small village, meet with the community there and then head to Lokitaung where World Relief’s northern Turkana food distribution operations will be based. However, as things do, our plans were significantly slowed down by rocky, rough terrain, mechanical problems, a flat tire and, oddly, a curtain of rain that turned the road into a slipper river.
In our car, Pastor David, a man of great heart and vision, guided not only our path, but also gave us great insight into the way of life the Turkana people live. He himself is a Turkana, the group of people for which this northern Kenya region is named after. For generations now, the Turkana have been nomadic herders of cows, goats and camels. Their lives were lived on the move to find pasture and water for their herds. As we continued to speak with Pastor David, it became clear that the pastoral livelihoods of the Turkana people is under serious threat not only from shrinking natural resources but also from a complete shift in the structure of their community.

We inquired about the temporary homes clustered into villages that we saw periodically as we traveled. Pastor David informed us that congregating in villages is in fact not the norm for the people of Turkana. “A Turkana in a village is a Turkana that has no livestock to tend and therefore has given up”.

We stopped at one village and spoke with a group of men, women and children that congregated underneath a large acacia tree. An elderly woman stood and with great fervor told us of the hunger that grips their village. Pointing to the other side of the cluster of huts, she told us that the fresh graves were there, we could see them if we wanted. Later that evening on our way back though that village we saw the new piles of earth that lined the road – 8 people have died in the last month. However, many are reluctant to speak up over these deaths, as they fear the government will further neglect their food assistance needs.

We continued driving north until our car could go no further. We were almost to the border of Ethiopia, with Southern Sudan not too far to the west. “Here”, Pastor David informed us, “Is the poorest village in Turkana”. This bleak title, however, seemed to be a descriptor of circumstances rather than spirit as they greeted us with dancing and song. Their stories were similar to others in Turkana: loss of livestock to drought or raiders, lack of clean drinking water, limited assistance by aid and development organizations and marginalization from Kenyan society. The youngest children, born in the last few months of drought, and older adults that often pass their food on to the younger children showed the most visible signs of malnutrition. 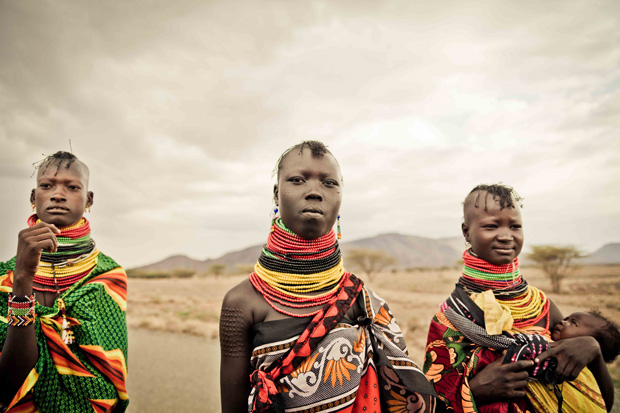