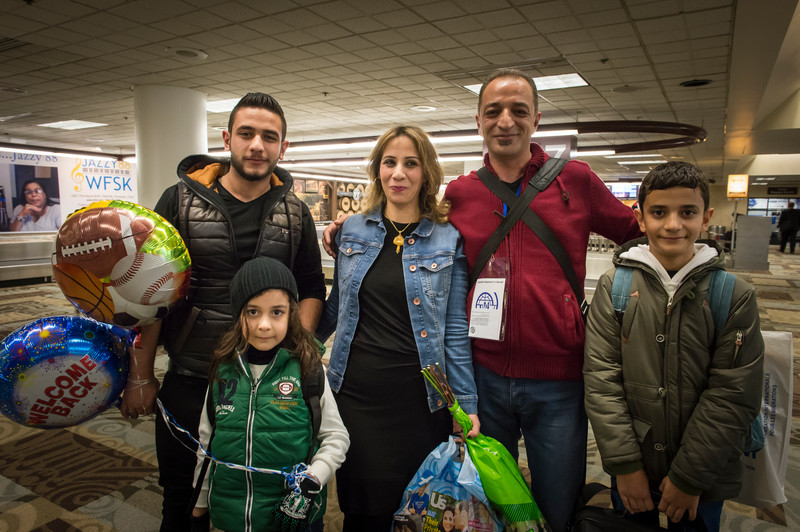 Nashville. Known for its music, comfort food and unique southern culture, Nashville is also home to one of the fastest growing immigrant populations in the United States. Since the early 80’s, Nashville has been a prominent and welcoming city to new families resettling in America and according to the 2010 U.S. Census, 1 out of every 8 people in Nashville was born abroad and 16% of the city’s residents speak a language other than English at home. Since 2012, World Relief Nashville has seen an average of 39 refugees arrive each month. That number has continued to grow as the community comes alongside those forced to flee from the Middle East, Asia and Africa. Having experienced persecution, food shortages and war, these families are greeted by smiling faces as they are welcomed into a community that celebrates diversity.

With 17 families arriving in the month of January, World Relief Nashville has been working with various organizations, churches, institutions and volunteers to find job placements for adults and school arrangements for children over the age of 5. In addition to placement services provided by World Relief, Nashville’s Mayor recently started a Mayor’s Office of New Americans with the goal of engaging and empowering immigrants. Libraries have added “Newcomer Corners” with resources for refugees and immigrants, as well as contact information for agencies, services and churches. Businesses have been talking about diversity. Youth Programs have been implemented. The city has made a true effort to welcome these new neighbors.

Judah Baird, World Relief’s Basic Needs Coordinator in Nashville, knows how helpful these kinds of services can be for refugees. As he prepares apartments for newly resettled refugee families, he notices that, “If I were in their shoes, that might make me feel a little more welcome – not necessarily at home, and not necessarily safe – but a little more welcome. Clean sheets don’t have to be a battle that they have to fight.”

Nashville is thriving as refugees continue to resettle and community members increasingly stand alongside and empower families through this life altering transition.

To learn more about life-giving opportunities in your city, contact a World Relief office near you.