Peacebuilding and the Evolution of World Relief’s Village Peace Committees

DRC: The Conflict in Context

The context in which he writes is that of the Democratic Republic of the Congo (DRC). For twenty years the DRC has experienced continuous and brutal conflict, originally a result of the tribal animosities unleashed by the Rwandan genocide in 1994, then exacerbated by the military overthrow of its president, Mobutu Sese Seko, in 1997.

There are now as many as 70 armed militias operating in the DRC, fighting over control of the land and the rich mineral resources buried within it. As many as 6 million people have been killed in the fighting or by related impacts such as disease or malnutrition. Women and children are those most affected and victimized by this conflict—including recruitment into armed groups, sexual violence, and many forms of gross physical violence. Today, the United Nations estimates that there are 4.7 million people displaced from their homes in DRC and another 450,000 who have fled the violence as refugees living outside of their country.

On the UN Human Development Index, which measures for life expectancy, educational, and economic factors, DRC is ranked 176 out of 188 nations worldwide. And despite its people’s deep desire for peace, the conflict and resulting corruption too often benefits those in positions of power, creating little incentive to stop the violence that causes so much unbelievable suffering.

In the midst of this chaos and constant simmering of open-conflict, Cyprien has been facilitating World Relief’s efforts to transform communities of conflict into those characterized by peace through the formation of our Village Peace Committees (VPCs). VPCs are community structures composed of ten trained and respected community members who work together to solve disputes and conflicts within their localities before they reach violence. Today, the VPCs are incredibly successful vehicles for conflict prevention throughout the DRC. The road to their installation however, was not an easy one.

Over ten years ago, World Relief’s work in the Democratic Republic of Congo experienced disruption upon disruption due to constant violence. As staff came together to discuss solutions, two staff members who worked with local churches observed that the tribal divisions in churches typically mirrored the conflict they saw in the wider community. Pondering how they could act upon this insight, Cyprien and local pastor, Marcel Serubungo, called together church leaders from across the area to a 3-day pastoral retreat to address the conflict in the community.

This task was harder than it sounds given the history and context of this request. At the time, pastors and their churches were largely segregated by tribal identity. So too were the relationships among pastors. In fact, pastors would normally avoid meeting one another or even gathering in the same room with pastors of another tribe. Now tensely gathered together in one room, Pastors Cyprien and Marcel shared their vision of pastors leading the way in bringing peace to their community and providing care to victims of violence, without consideration of tribal affiliation. Discussion was difficult and quickly devolved into accusations from pastors of one tribe against pastors of another, even as Pastors Cyprien and Marcel tried to bring pastors together in unity around their shared purpose and design as image-bearers of God.

That night, by design, Pastors Cyprien and Marcel assigned each retreat room to two pastors, one from each combating tribe. Each room was furnished with one bed. The pastors were forced to decide if they were to sleep on the floor or on the bed. In customary African fashion and considered culturally appropriate, the pastor-pairs reluctantly agreed to share each bed. Yet lying back to back, the pastors could not sleep because of the level of bitterness and mistrust against one another.

The Birth of the VPCs

The next morning, the pastors wearily re-convened to continue conversation about their influential roles in conflict mediation. As the day went along, defenses began to fall and conversations moved into a recognition of the need to be involved in brokering peace. That night, back in their rooms, the pastors engaged in willing conversation and were finally able to sleep, this time side by side. The next morning, well rested, the pastors regathered. The conversation turned personal as one pastor stood and confessed publicly his hatred for pastors from the other tribe. One by one, pastors stood to confess their own sin against one another. Confessions turned to weeping and forgiving-embraces, which turned to corporate repentance and a final decision as a group to pursue reconciliation and peace in their communities. The Pastors shared a collective and unifying sentiment as they left the retreat, “How can we expect our people to live any differently, if we ourselves cannot gather together in peace and unity?”

That water-shed gathering shifted things significantly. Meaningful pastor-friendships formed across tribal differences. Regular pastor gatherings commenced to discuss peacebuilding in their congregations. These gatherings and relationships soon led to pulpit-exchanges, where pastors from opposite tribes would preach at the other’s church on a Sunday. At first, parishioners were shocked by these actions, but eventually began to realize that “If pastors could meet together, so too could they.” The example of these pastors cascaded into their churches and out into the community, as tangible hope began to form within their people.

VPCs Around the Globe

Today, VPCs are able to operate independently and successfully because they are acknowledged by villagers as neutral, impartial and effective conflict resolution facilitators. Not only do they formalize the process by which tribal leaders and community members publicly address past and current tensions, but they also encourage and offer this process free of charge. These local committees have resolved thousands of conflicts which would have otherwise escalated into cycles of violence causing loss of land, property, and life on mass scale and tearing families and communities apart.

Peace building matters because it helps people and communities to refrain from using force to impose their views on others. It helps people to accept others as they are, to tolerate differences, respect the vulnerable, especially women and children, and eventually, to come voluntarily to solutions acceptable by all.

VPCs have resolved conflicts as small as land and livestock disputes, as well as cases referred to them by the local police, but they also accomplish something much bigger: They create hope, courage and faith. Hope that problems can be resolved and that a better future exists. Courage to address larger relational issues and conflicts despite historical failures and fatigue. And faith, as communities begin to see that the church is both relevant for their communities and that the teachings of scripture do make a difference.

Today, World Relief continues to pioneer our VPC work across fragile states. Though we face countless challenges and roadblocks to this work, we take heart, because of our confidence in men and women like Cyprien who lean into the discomfort and fear courageously, in faith. And we have great faith that this work will continue to be transformative in the lives of thousands across the world. 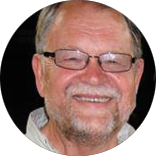 Gil Odendaal, Ph.D, D.Min, is the SVP of Integral Mission Division at World Relief. He previously served as the Global Director for PEACE Implementation with Saddleback Church in Lake Forest, California as well as Global Director for the HIV/AIDS Initiative under Kay Warren. Gil has 30 years of ministry experience as a missionary, pastor, educator, leader and public speaker, including serving as Regional Coordinator for Africa, Russia and Easter Europe with Medical Ambassadors International. Gil serves on the Lausanne Movement Integral Mission leadership team as well as a board member of ACCORD Network. Gil and his wife, Elmarie, were born and raised in South Africa. They have three adult children and five grandchildren. 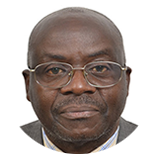 Cyprien Nkiriyumwami is World Relief’s Africa Director for Integral Mission, Church Empowerment and Peace Building. Trained as community development facilitator and working in that capacity since 1984, Cyprien has designed and led programs that lean on local churches and grassroots structures of volunteers in reconciling people and communities in the war torn Democratic Republic of Congo and in Pakistan. 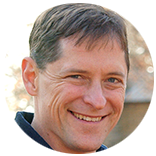 Damon Schroeder is the Director for US Integral Mission at World Relief. Springing from his experience as a missionary kid from Cyprus, he has worked for 17 years, equipping churches in the US to holistically welcome and build community with newly arriving refugees and immigrants.