The relentless dream: A refugee’s journey of hope 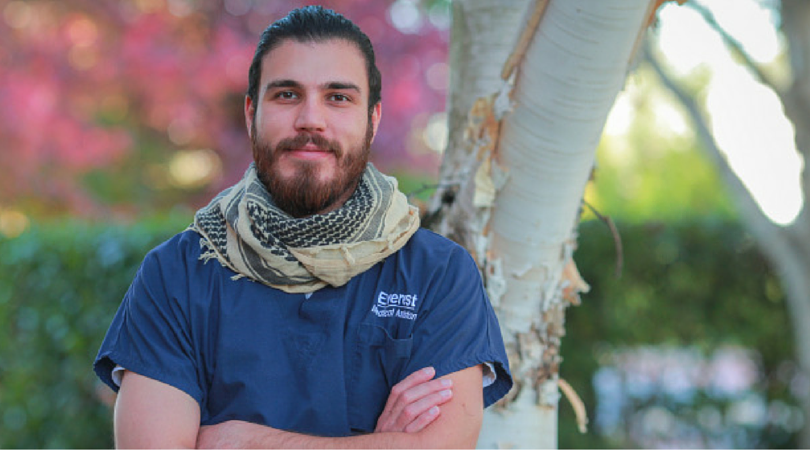 From the time he was young, Abdulrahman idolized the American soldier as his childhood hero. He began hanging around US troops while they were patrolling the streets of Baghdad and spent 4-years working alongside Americans in combat situations, learning US military culture and ethics. “They taught me so many things. They helped make me who I am today.” Abdulrahman began pursuing a law degree, but as conflict increased, he was forced to flee from Iraq to Turkey with his wife and baby daughter on the last day of his final exams before receiving his degree. Abdulrahman was ecstatic when he was granted passage to the US. He is now pursuing a medical degree at Everest College in Washington state and encourages newly arriving refugees to have a dream and stay motivated.

“It’s not easy, but not impossible.Unforgettable moments of joy await!”