We Are Finally in Lodwar, Turkana 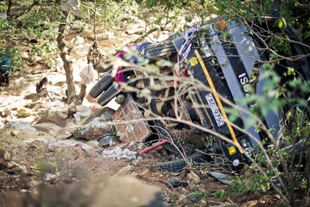 The road from Kitale to Lodwar – World Relief’s hub of operations in Turkana – is bone-jarring. The distance is around 180 miles in total, which could be a manageable 3 hour drive on any tarmac road, but on this road riddled with potholes and mostly devoid of any smooth surfaces, the journey was a hot and dusty 8 hours. Our team has begun to understand one of the many logistical difficulties of getting food assistance to such a remote and poorly connected region.
Not far from the border of Turkana region, we encountered an overturned truck that lost control around a sharp curve in the road and rolled down into a steep ravine. The truck looked like a twisted and battered box of metal, but we were told that miraculously the driver survived. A closer look at the surrounding wreckage revealed that this truck carried a full load of maize and beans to communities in Turkana that desperately needed food. And in hopes that some food could be salvaged, workers under the watchful eye of a policeman, painstakingly gathered maize and beans scattered across the banks of the ravine. This food is precious; it could not be wasted.

We are finally in Lodwar, Turkana. The land, in sharp contrast to the rain-fed countryside only 180 miles south, is rocky, stark and dry. Every riverbed we drove through was a sea of parched sand. We saw a few locations with a pump-well or perhaps a small muddy pool of leftover rain water, and around these water sources we saw families with their livestock. There homes, domes of twisted sticks and straw, were temporary – just suitable enough till the water dried up and they are forced to move on. This has been the pattern for hundreds of years for many in Turkana. But with chronic drought, land disputes that inhibit nomadic movement and marginalization from mainstream Kenya society the complexity of “food security” seems daunting and will require a much more integral and long-term intervention than acute food assistance. Yet, as thousands face starvation; this is where we must start. 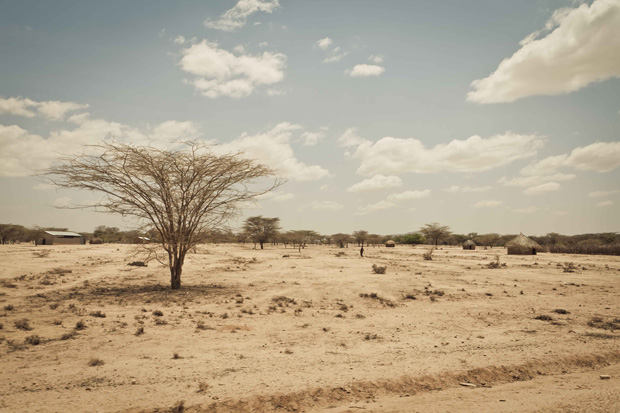