Changemakers in Haiti —&nbsp;Who is the Hero? 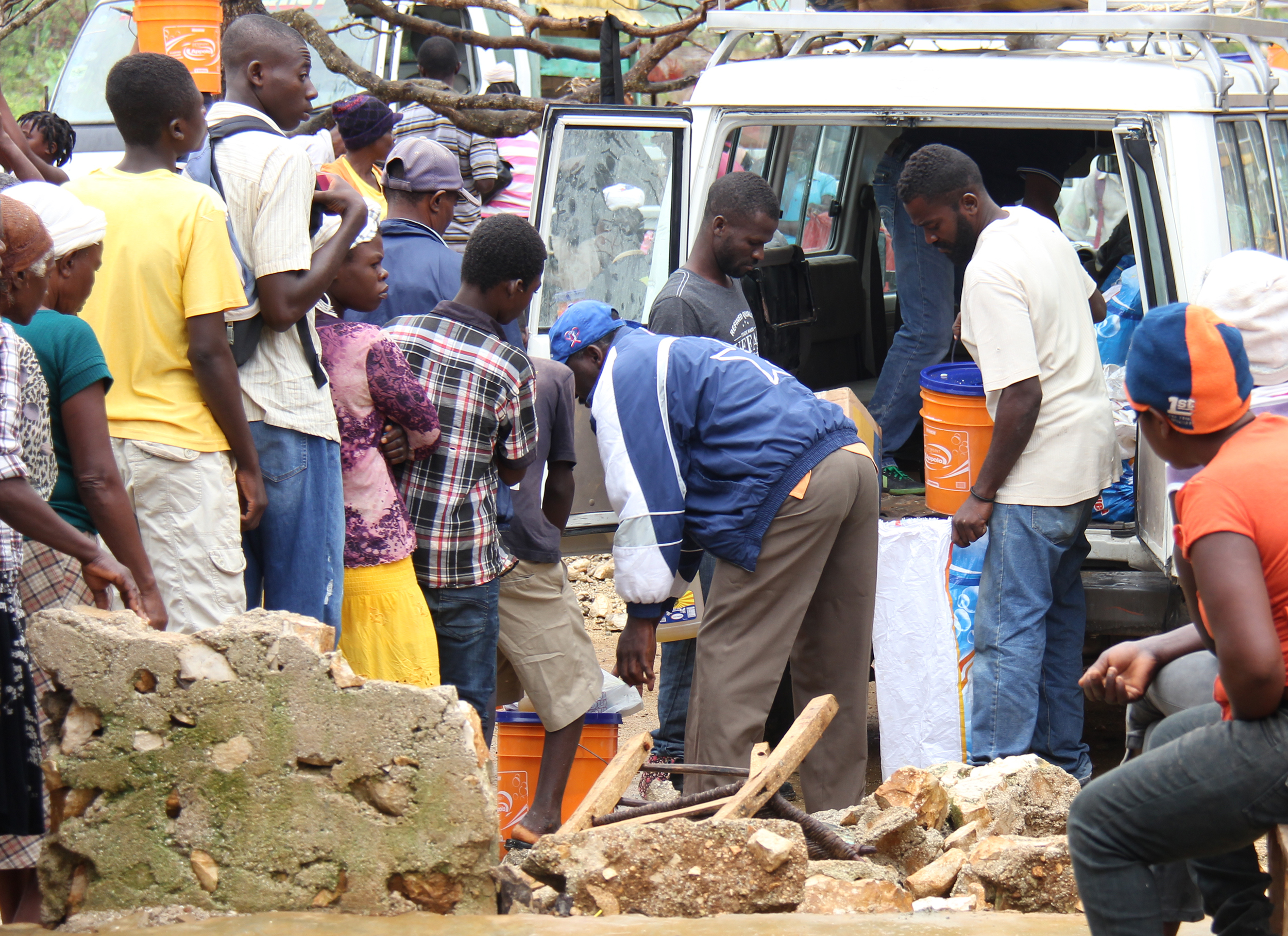 If the last year has taught us one thing, it is the importance of searching for truth and meaning, amidst the over-saturated, 24-hour news cycle. Our attention moves on to the next breaking story, and we do not pause to listen to the deeper stories; the less sensational ones, which are often the most inspiring ones. And yet, those are the stories we want to see, and the ones we need to hear.  Stories of lives transformed, stories of hope and radical solidarity, stories that speak deep and meaningful truths to our existence. Over the next three weeks, we’ll be sharing these stories from our work around the world. It is our hope that these stories will inspire, encourage, and enrich your lives.

When people think of Haiti, they often think of incredible poverty, disaster, dependence, and despair. But there is another story. It is one of the church stepping into communities as beacons of light and agents of change, offering help and hope to struggling families. For the church in Haiti, there has never been a more vital time for us to share our truth and to stand up as the Body of Christ, shining the light of hope in our corner of the world.

In the past, we in Haiti, have seen the frequent cycle of disaster and relief as if it were the script of a theatrical tragedy. Haitian churches and leaders have often seen others—not themselves—as the protagonists, which means they have often settled into more passive roles, stepping back and making way for others to bring aid from abroad. In doing so, our churches’ leaders have (knowingly or unknowingly) excused themselves from the Great Commission—to share the gospel and to live as Jesus lived, in service to others and with unconditional love for all. World Relief has been actively working for years to transform this mindset, and when Hurricane Matthew hit, we began to see a new level of change take place.

Things have been very different this time. The voice of the narrator has changed; now a Haitian voice is expressing a renewed understanding of the importance of local solidarity. In this context, the church has stepped into its rightful role, fulfilling its calling to care for and shepherd the most vulnerable, in a way that is much different from what I remember witnessing after the 2010 earthquake. From the moment that Hurricane Matthew passed, churches all over the country began taking up collections, and continued to do so for many weeks. I personally took part in a meeting with over 200 Haitian church leaders, who agreed to pool their next Sunday offering together to make a more tangible impact. I am witnessing ordinary people stepping out in faith to do extraordinary things.

World Relief’s ongoing partnerships with churches in Port-au-Prince, helping leaders and churches build capacity to meet the needs of their own communities (core to World Relief’s Church Empowerment Zone model), helped us support a church-centered response to the hurricane, unlike anything we have done in the past. By collaborating with more than 150 Haitian churches, we have been able to mobilize a powerful and collective response.

Dozens of volunteers from our partner churches in Port-au-Prince and elsewhere, sacrificed days and hours to organize locally procured resources, to bring help to the regions where the suffering was greatest. Because of established pastor networks in the lower regions of Pichon and Mapou, we learned about the needs of the people “behind the mountain.” Churches from the capital organized and sent teams to help communities with clean up and rebuilding. Other churches purchased medicine with their own resources and sent doctors and nurses from their own congregations to care for the sick. Even in the hardest hit areas, churches are actually working together to take care of the needs of their entire community, not just their own congregations. Haitian believers are stepping up to bear the greater part of the weight of compassion for their neighbors who are in need. And the truly vulnerable are being sought out. The blind, disabled, elderly, and extremely poor; the least, the last, and the lost among them.

As we continue to engage the church in each region, our hope is that if (God forbid) another disaster were to occur in the same region in the future, these leaders would immediately look to each other, mobilizing more quickly to respond to the needs of the community.

I believe that the Church is central to God’s plan for changing the future of vulnerable people. But for this to become a reality, we, the global Church, must focus on building the capacity of our churches and their leaders, not just fixing short-term problems. Since Hurricane Matthew, we have joined together to face our growing challenges with courage, strength, and unity in Christ—because when changemakers partner together, we can transform the world.