Skip to content
There is a crisis happening at the U.S. Southern border. Yet together, we can provide hope, healing and restoration to the suffering.
Learn More
November 5, 2019

It was late afternoon when we pulled up in front of the giant structure. Eight hours of driving off-road through rock, sand and empty riverbeds had left our team sore and tired, yet the sight alone was enough to shake us from our weariness. In front of us, upon the western shore of Lake Turkana, stood what appeared to be a factory — disheveled, empty and eerily silent.

Following the Sahelian drought of the mid-1980s, massive famine devastated the Turkana region. As is so often the case with large-scale global disasters, the initial compassion surge propelled aid rapidly into the region. International organizations set up food distributions, medical teams flew in to staff temporary feeding clinics and the Turkana people were once again shown that when things get just bad enough, Western forces will undoubtedly swoop in to save the day.

Now, blocking the blistering rays of the afternoon sun from our faces, stood one of these examples. Twenty years and the equivalent of 150 million U.S. dollars later, a fishery had been completed for the people of Turkana. Its promise? To prevent the people of the region from ever facing starvation again. The reality? A tragic landmark of good intentions gone wrong. The people of Turkana, you see, do not eat fish.

In his book, When Helping Hurts, Steve Corbett recounts an old African fable:

Elephant and Mouse were best friends.

One day Elephant said, “Mouse, let’s have a party!”

Animals gathered from far and near. They ate. They drank. They sang. And they danced.

And nobody celebrated more and danced harder than Elephant.

After the party was over, Elephant exclaimed, “Mouse, did you ever go to a better party? What a blast!”

But Mouse did not answer.

“Mouse, where are you?” Elephant called.

He looked around for his friend, and then shrank back in horror. There at Elephant’s feet lay Mouse. His little body was ground into the dirt. He had been smashed by the big feet of his exuberant friend, Elephant.

Western missions and aid interventions, Corbett writes, are “like dancing with an Elephant. Elephant does not mean to do harm, but he [doesn’t] understand the effects he [is] having on Mouse.”

Sadly, the example of the fishery in Turkana is a tangible manifestation of this fable. It seems that every year we hear horror stories of time and money poured into well-meaning aid interventions that fail to solve the problems they intended to, create damaging patterns of dependency or, worst of all, create bigger problems for their intended beneficiaries.

These well-intentioned interventions, while tragic, have taught us important lessons. In fact, they are a central part of how World Relief developed our model of relief and development. We understand that lasting change comes not with quick fixes or band-aid solutions, but through a deep understanding of the unique beliefs, cultural traditions, resources and needs of the communities in which we work. Such an approach ensures that in places like northern Turkana, we understand that this nomadic, pastoralist community survives on a diet of meat, milk and blood, and that asking them to eat fish – a species they believe are directly related to snakes and associate with danger – is not a quick fix, even in cases of famine.

When seeking to fight against famine in the region, we worked closely with local churches and leaders to brainstorm creative solutions to combating malnutrition amongst the Turkana population. Today, we run a robust agricultural program in the region that helps expand and diversify the Turkana diet beyond traditional food sources, as well as teach desert farming techniques to help conserve water. We’re also breeding drought-resistant goats that can survive for longer periods of time without water when drought strikes, providing a prolonged food source for the people of Turkana. These innovative, culturally-relevant solutions work for the unique challenges and needs of the population and have saved lives in the face of more recent famine and drought.

Grassroots interventions like the ones in Turkana not only honor local knowledge, culture and community resources, but they also pave the way to break the cycle of Western aid that disempowers so many communities in the developing world.

In 2010, African economist Dambisa Moyo wrote in her book, Dead Aid, “Africa is addicted to aid. For the past sixty years it has been fed aid. Like any addict it needs and depends on its regular fix, finding it hard, if not impossible, to contemplate existence in an aid-less world. In Africa, the West has found its perfect client to deal to.”

These words, though difficult, echo all too true for many development practitioners who frequently hear petitions for food and money when first entering new communities. It’s also precisely why, when we first enter communities, we begin by bringing local churches together to discuss the ways in which they can work together to solve their own problems. In fact, local pastors, community leaders and a global network of over 95,000 local volunteers, are responsible for the implementation of our programs around the world. Our international staff, 95% of whom are local to the communities in which we work, have an inside voice and understanding that no outside organization can bring. What’s more, they will remain in their communities long after we depart — creating, leading and sustaining community efforts toward change.

Our world today is obsessed with quick fixes, but at World Relief, we’re fighting for change that lasts. We refuse to pour time, resources and money into short-term, misdirected solutions in efforts to address complex long-term problems. We believe the biggest problems of our world — disasters, extreme poverty, violence, oppression and mass displacement — have to be tackled at the root, with locally-driven sustainable solutions. Only then can we ensure that projects like the Turkana fishery never happen again. Yes, this approach takes time. Yes, it is difficult to measure. Yes, in our fast-paced, results-driven culture of immediate gratification, it is hard. But we do it because we know that this approach is transformational – both today and for generations to come.

Thank you for your commitment to creating change that lasts. We could not do this work without you. 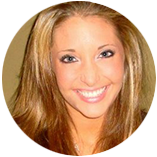 Francesca Albano currently serves as Director of Branded Content at World Relief. With a background in Cultural Anthropology and a graduate degree in Strategic Marketing Communications, she connects her interests in societal studies and global cultures with her training in brand strategy and storytelling. Francesca is especially passionate about grassroots community development and the treatment and advancement of women and girls around the world.